For three months, Sanjay Dutt had been dreading the moment when he would have to leave all his loved ones and surrender himself to Tada Court. 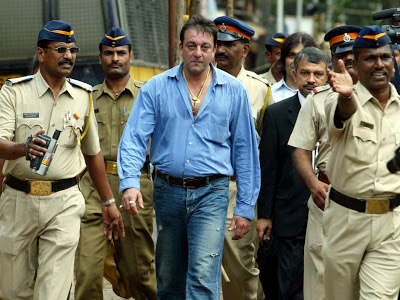 For three months, he had been breaking down at home, on the sets and at press conferences.

For three months, he had been preparing himself for his moment of truth but the harder he tried, the more vulnerable he turned.

Jail Diary is a journey into the mind space of a man serving his term inside the prison.
A man reared in the lap of luxuries and an actor loved by millions.

May 15: It is the day before Sanjay Dutt has to surrender and he is nervous as hell. He has not slept a wink in many days and as the hours go by, Sanjay trembles with fear. He wants to be brave but cannot fight his tears. If only he could turn the clock and live his life again but all he has now is regrets. His family has been rallying around Sanjay for many weeks now yet nothing they say or do can take away his fears. Late night when everyone has retired, Sanjay and Manyata and Sanjay tiptoe into the children’s room and watch the twins sleep peacefully. They stay awake all night holding each other’s hands waiting for the dawn that that will change their life forever.