May 18:  Sanjay wakes up in cold sweat thinking it is Sunday and what his family must be doing at this time without him at home. For the last many years he had made it a point to not work on Sundays so that he can spend time with his kids. 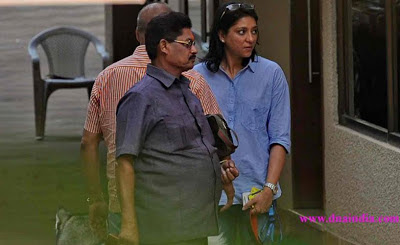 There are talks that he may be shifted to Yerwada Jail in Pune tomorrow morning and hopes he will be able to see his family before that. The mere thought of meeting his wife and sister once again fills him with hope and he prays that his wish be granted.

Wife Manyata and sister Priya Dutt arrive at the court but the media havoc outside delays formalities and at 6 pm the doors of court are closed on visitors. Sanjay learns about what has happened from a guard and does not react. It is his second night in the ill ventilated cell – and the midsummer heat is terrible! Sanjay spreads his thin mattress on the floor with then drops his head on the pillow brought from home. He shuts his eyes to dream, not sleep...