Cinema is changing
15.01.14
Remember Manish Jha, director of Matrubhoomi fame, well the director is back with his new film – The Legend of Michael Misra starring Arshad Warsi, Boman Irani, Aditi Rao Hydari and Kayoze Irani in key roles. This will be the first time the father son duo where Boman and Kayoze will be seen sharing screen space. 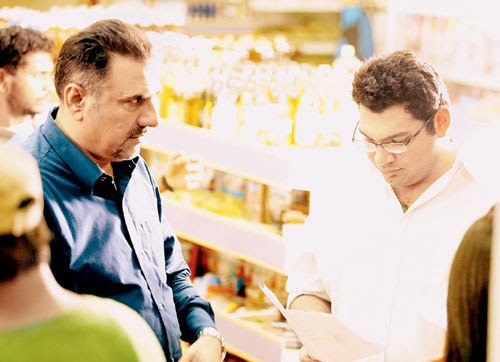 Currently being shot in Mumbai followed by a schedule in Patna the film will be complete after another schedule in Uttar Pradesh.  Producer Kishor Arora of Eye Candy Films says, “The Legend of Michael Misra is an edgy madcap comedy with a poignant love story at its core. When Manish shared the idea with us, we knew that we wanted to be part of the project because the film matches our company vision. We want to make refreshing subjects that will make all the difference.
The Legend of Michael Misra is Eye Candy’s second outing after Iranian director Majid Majidi’s Floating Gardens which will also go on the floors in 2014.
Bhawana Somaaya/ @bhawanasomaaya
Posted by Bhawana Somaaya at 13:05