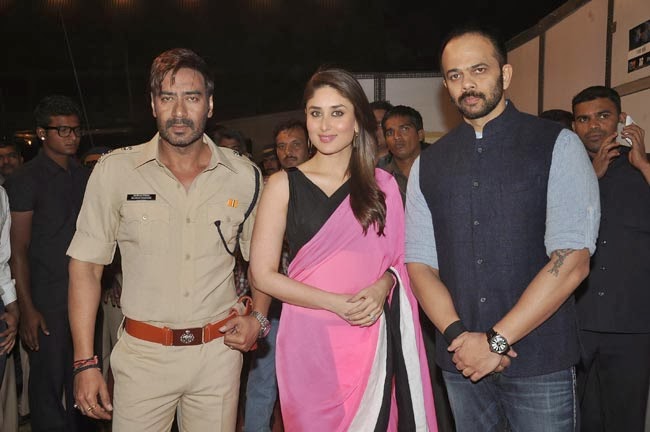 In the past too new films have been announced at award shows but never at a police show. This year is special when the sequel of 2011 blockbuster Singham directed by Rohit Shetty where Ajay Devgan plays a police inspector was officially announced by the Police commissioner of Mumbai Mr. Satyapal Singh at a Police charity function Umang 2014 held at Andheri Sports Complex, Mumbai. In Singham 2 Kareena Kapoor replaces Kaajal. Kapoor walked on stage gallantly while hero Ajay Devgn made a grand entry in a car wearing the Police Khaki uniform. Soon the pair was joined by the ace director Rohit Shetty and Mumbai Police Commissioner Satyapal Singh on stage. An audio visual interviewing constables/ officers played at the event where the khaki brigade shared the impact of films like Singham on public perception and inadvertently in their lives.