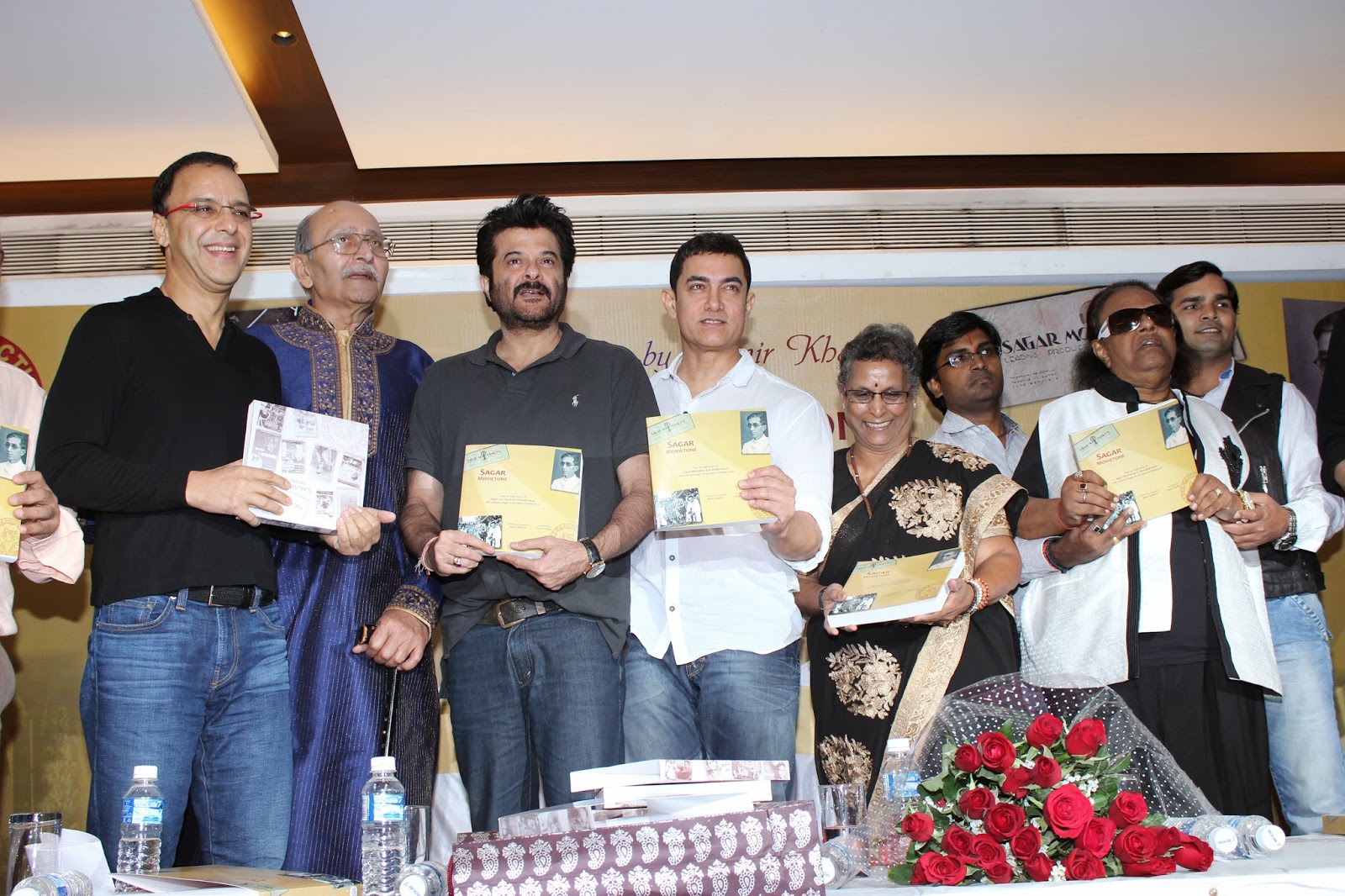 SAGAR MOVIETON released in English and Gujarati simultaneously is about a leading film company which started in 1930 originally by Ardeshir Irani of Imperial Film Co. and later taken over by Chimanlal Desai and Dr. Ambalal Patel who served as distributors in Bangalore. Chimanlal Desai made two silent films before the Talkie Films took over Meri Jaan or Romantic Prince, 1931. Desai says that was the golden period of cinema and the only way to make good cinema those days was to hire talented artises. The first Gujarati Talkie Narsinh Mehto was produced by Sagar in 1932 and later they made films in Tamil, Telugu, Bengali and Punjabi.  Desai recalled that many artistes began their career with the banner and rose to prominence and this includes Mehboob Khan got his first break as a director in Al Hilal in 1935.  Other actors that Sagar Movieton launched were Motilal, Surendra, Kumar, Maya Banerejee, Bibbo, Sabita Devi, Snehprabha Pradhan and Noor Mohammed. Music Composers like Pransukh Naik, Anil Biswas, Ajit Merchant, sound recordists  Kaushik, Chandrakant Pandya and cinematographe Faredoon Irani.
Desai explained that the banner made Hindi films based on novels of well known Gujarati litterateur Kanhaiyalal Munshi/Dr. Madhurika- 1935, Ver ka Badla- 1935, Do Diwane- 1936, Kulvadhu- 1937 and R.V.Desai’s Kokila, 1937. In 1940, when the company was amalgamated with General Pictures to form National Studios, and made 52 Hindi films of which some of the titles include Silver King (1935), Deccan Queen (1936), Jeevanlata (1936), Gramophone Singer (1938), Postman (1938), Hum, Tum aur Woh (1938), Uski Tamanna (1939), Alibaba (1940). Mehboob Khan’s Aurat, the original of Mother India was originally produced under Sagar Movietone but it was released under National Studios. Chimanlal Desai informed he quit National Studios after three films and started his own company Amar Pictures. Amar Pictures made six films and shut down after Gujarati film Kariyavar in 1948. That is the time Desai turned into an exhibitor and successfully ran Neptune Theatres and New Talkies at Bandra for decades. Desai is proud to be a part of cinema for years and proud to be a producer of total 75 films in 15 years - 61 Hindi, 4 Gujarati Films, 5 Tamil Films, 3 Telugu Films, and one each in Bengali and Punjabi. Few people know this but Desai has directed few films too- Sanskar (1940), Radhika (1941) , Nirdosh (1941), Savera (1942), Adab Arz (1943), Gunjan (1948) etc. In Radhika, Desai introduced Nalini Jayvant whom he married later.
Sagar Movieton is a result of two intense years of research encompassing several unknown facets about the banner and the first decade of Indian Talkies.  Combined with rare vintage photographs and memorablia the book includes, a CD containing 79 songs of various films of Sagar Movietone, National Studios and Amar Pictures. Written & compiled by: Biren Kothari the book is a tribute to the Silent and beginning of Talki cinema.

Posted by Bhawana Somaaya at 19:15