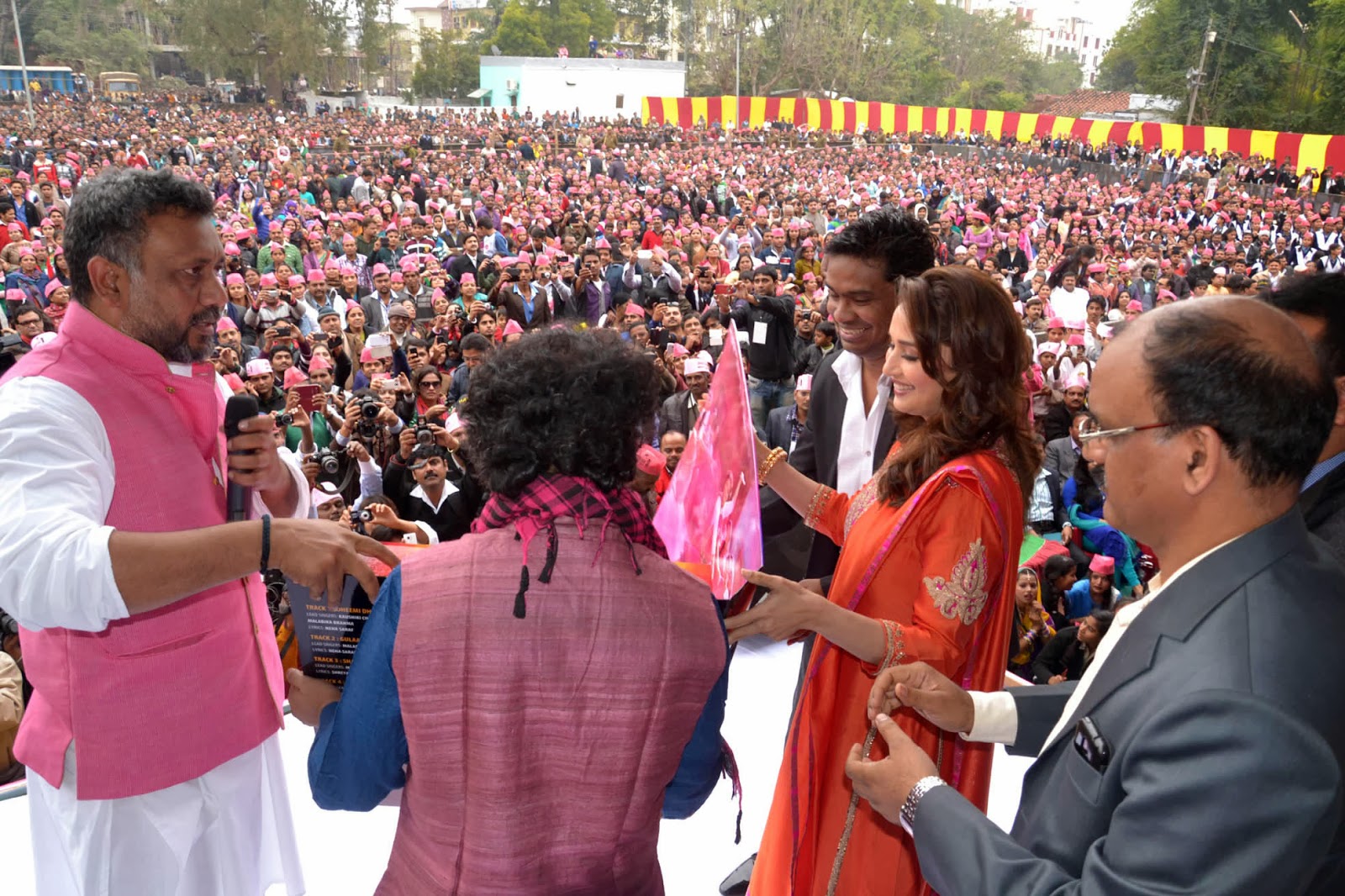 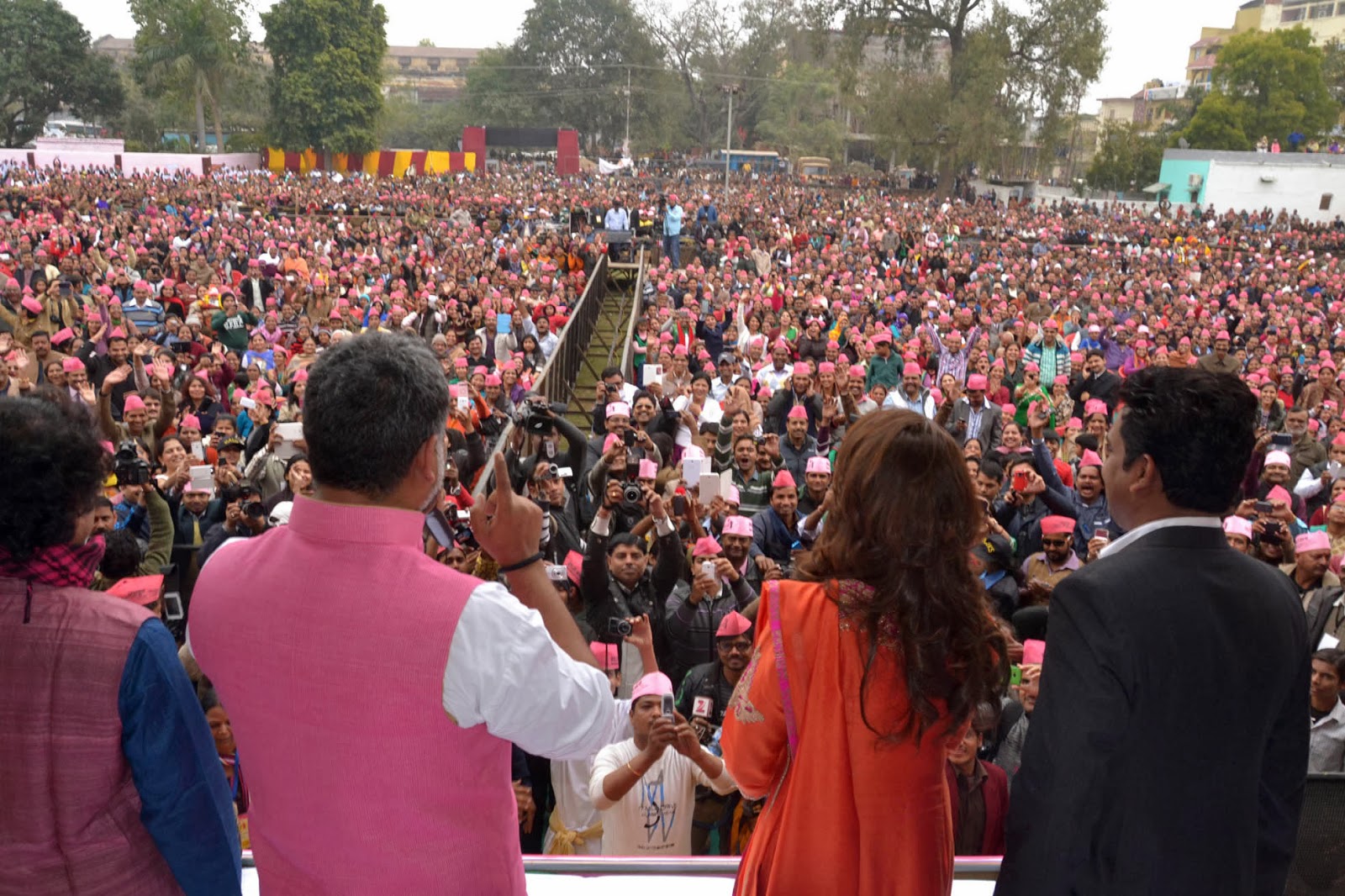 Madhuri Dixit released the music of her forthcoming film Gulaab Gang amidst hordes of fans and travelers in the mesmerizing city of Benaras! Produced by Anubhav Sinha, presented and co-produced by Sahara Movie Studios and Bharat Shah, Gulaab Gang is directed by Soumik Sen, and is based on the life of atrocities faced by women wherein Madhuri Dixit is playing the lead role and her oppressor is none other than her contemporary Juhi Chawla. The day of the music launch was also the National Girl Child Day and Dixit made sure to express concern about the current situation of women in India.