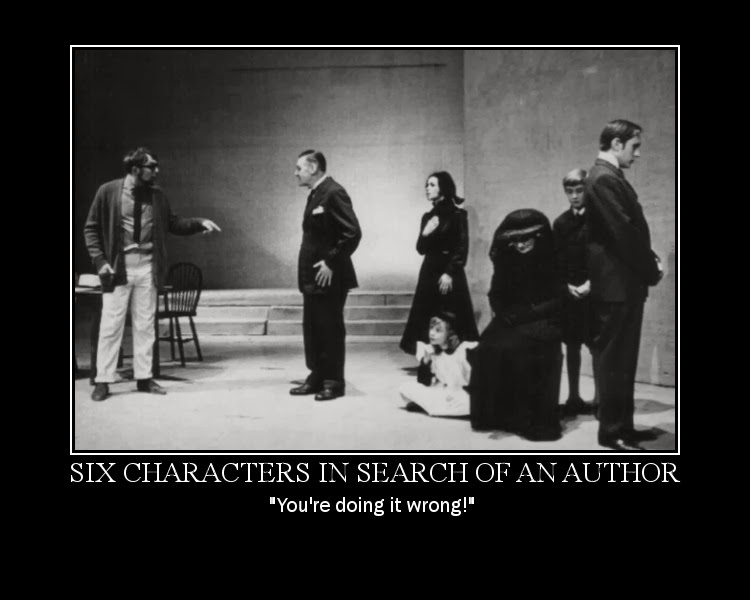 Sometimes the title of a play/ film/ book is so interesting that is one drawn to it instantly like Luigi Pirandellos written and Trishla Patel directed Six Characters in search of an Author is one such play I will make sure to watch. Starring Benjamin Gilani, Rahil Gilani, Sukant gohil, Trimala Adhikari, Trishla Patel, Kajli Sharma, Asok Deb, Malika Singh, Shashank Dutt the play premiers on 21 February at Tata Theatre NCPA.

About a director is rehearsing for a play with his actors when he is rudely interrupted by six strangers who are apparently looking for an author. The director and the six characters get enmeshed in an argument which seamlessly flows into a play which starts to get enacted in front of the troupe of the actors. This play within a play is a tragic drama full of heightened emotions and even though written centuries ago is relevant even today as it addresses incest, class discrimination, prostitution, failed marriages and innocence lost.

Novelist and poet Luigi Pirandello was awarded the Nobel Prize in literature in 1934 and the highlight of the play that leaves you with different interpretations.