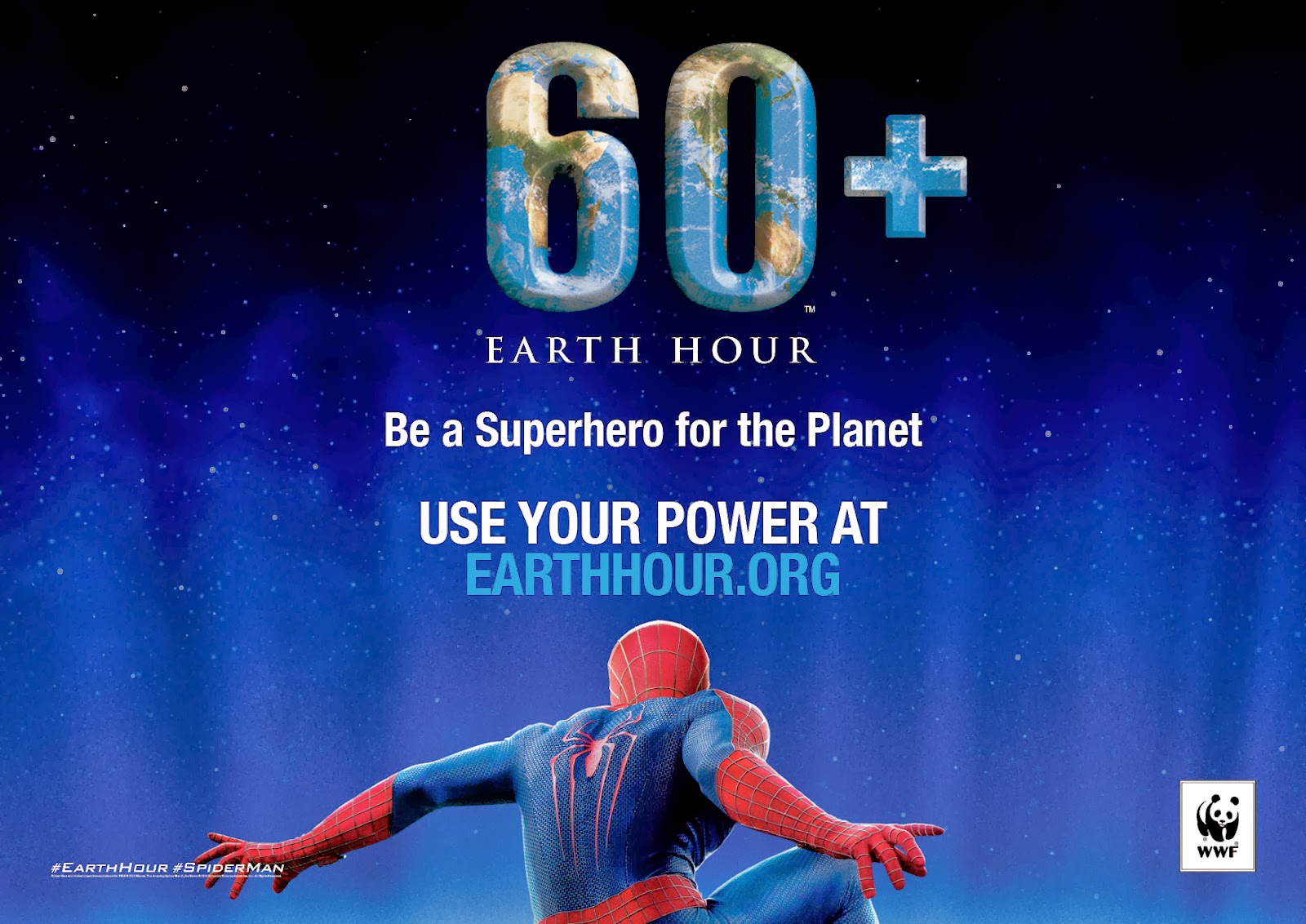 In a first of its kind partnership, Spider-Man will be the first Super Hero ambassador for Earth Hour, the global movement organized by WWF (World Wide Fund for Nature), with a message to inspire individuals to use their power to become Super Heroes for the planet. Andy Ridley, CEO and Co-Founder of Earth Hour, and Jeff Blake, Chairman, Worldwide Marketing and Distribution, Sony Pictures Entertainment, made the announcement in conjunction with the launch of Earth Hour Blue.
“I’m proud Spider-Man is the first Super Hero ambassador for Earth Hour because he shows we can all be Super Heroes when we realize the power we all have,” says Andrew Garfield, who plays Spider-Man in the upcoming film.  “Earth Hour is a movement that has created massive impact around the world, so imagine what we can do this year with Spider-Man by our side.”
Earth Hour has grown to involve hundreds of millions of people from all walks of life across 7000 cities and towns and 154 countries and territories.  Jamie Foxx who plays the villain Electro in the film said, “Earth Hour isn’t just about lights off; it’s about people across the world coming together throughout the year to join forces to improve the planet.
Expanding on many sustainability efforts over the years, The Amazing Spider-Man 2 became the most eco-friendly tent pole production in the history of Columbia Pictures.  These environmental efforts, on set and off, were supported at every level – from producers, studio executives, and cast and crew and began as soon as the film went into pre-production.
The last word came from Blake, who said they were very proud of the fact that The Amazing Spider-Man 2 is entirely carbon-neutral.  “We made a commitment to be as eco-conscious as possible during production itself, when we took a special effort to think green and avoid waste; now, completing that process with Earth Hour Blue is a wonderful testament to what we can achieve when we all work together.”
Bhawana Somaaya/ @bhawanasomaaya
Posted by Bhawana Somaaya at 19:22