Single Woman Syndrome
05.02.14
This is a forward from the FaceBook written by a single woman for sure. 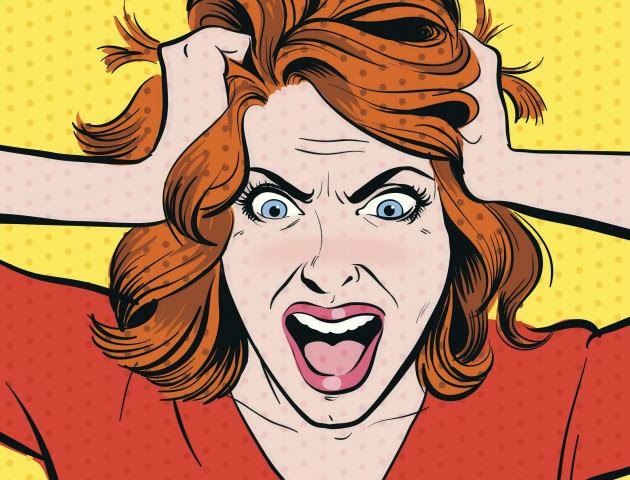 I could write a book about all those awkward moments when people -- sometimes strangers -- start this type of conversation with me. Once you hit 30, if you are not married, the reflection of your life in some people's eyes starts looking similar to The Hunger Games, where marriage means survival... and helping you becomes everyone's destined mission. The awkwardness starts when those who ask refuse to settle for a casual and simple answer to such a complicated question, questions that require deep introspection (and preferably, not an audience).
I took a stab here at what goes on in the mind of an unmarried girl when she's asked this question. Unmarried guys feel free to relate (or not).
We are waiting for that someone we can live with and can't live without. Cheesy, but true! While some people meet this person early on in life and are thus spared the social nag, not everyone has the same life path, and this is where problems start. Some girls would prefer to be with no one rather than end up with the wrong one, regardless of how old they are. But as we age and find ourselves still without a partner, it starts to seem that we are falling away from that unified, one-size-fits-all master plan and that we are wasting our lives. Some of us give in to the pressure to settle... and some of us don't.
Some people think of marriage as the future insurance policy that frees them from doubt and regret. I beg to differ. Marriage does not extinguish regret and it doesn't transform a man you don't really love into "The One." Marriage is not a spell that kills demons of regret and doubt. Choosing someone for the sake of getting married now and falling out of "love" in a few years merits as much regret (if not more) than wasting opportunities on dating the wrong person. Unless you have something great that you are completely, entirely and wholeheartedly convinced of, mentally and emotionally, guilt and doubt will start creeping up and marriage will not magically change things. So, if regret is inevitable in the logic of some, at least let people choose what to regret!
Some people are not married yet because they value marriage a lot. Remember the quote in the movie 27 Dresses? "I think you want a wedding, not a marriage, a wedding." This is exactly what some people delaying marriage do not want. They don't want the idea of getting married; they want a strong and healthy marriage. People generalize that those who aren't married are the ones who don't appreciate settling down and being committed. It could be that those people understand the concept so well that they want to make sure they choose correctly. Those who take their time are aware that life is not only about the wedding, the honeymoon and the first couple of years, and they are realistic enough to understand that love doesn't come after you get married -- well at least not the kind of love they want. They understand that things will get real and that "for better and worse" is literal and should last a lifetime.
We teach our girls to be dependent because of an entrenched social belief that women can't or shouldn't do it all alone. Well, some girls (this one included) were taught differently! When the nagging subject is a man, he is being pressured because society wants him to procreate, while with women, society wants them to be safe. We socially accept the fact that men have every right to choose when to get married -- when he is ready and when he has accomplished and seen enough. Women, however, are forced to start racing towards the golden cage, not trained to listen to their needs or wants or to even choose the pace of their own life, believing they have to secure themselves a partner, no matter the cost. Instead of believing in the potential of our girls, encouraging them to work, find a career they love, find a purpose in life, find their strengths and use them for the greater benefit, we make them believe that the journey to knowledge is over with a BA and that the next mission is to get married. If a guy comes along, a girl should consider him, regardless of what her plans are. Of course if we keep doing this to our girls, they will most definitely be incapable of doing it alone.
Getting married is a choice, and any choice is a trade-off. Like Sheryl Sandberg said in the final chapter of Lean In and Professor Joan Williams's theory of Gender Wars, maybe we aren't all entirely comfortable with all of our decisions. I doubt any of us is 100% confident in everything we are doing. As a result, we unconsciously hold that discomfort against those who remind us of the path not taken. Guilt and insecurity make us second-guess ourselves and, in turn, judge one another and our decisions, and this is harmful. It seems to me that society pushes the idea of getting married to an extent where our judgment gets clouded and we start downplaying the negative opportunity cost -- what you choose to let go of or put up with -- and we end up fixated on getting married, no matter what.
BhawanaSomaaya/ @bhawanasomaaya
Posted by Bhawana Somaaya at 15:17