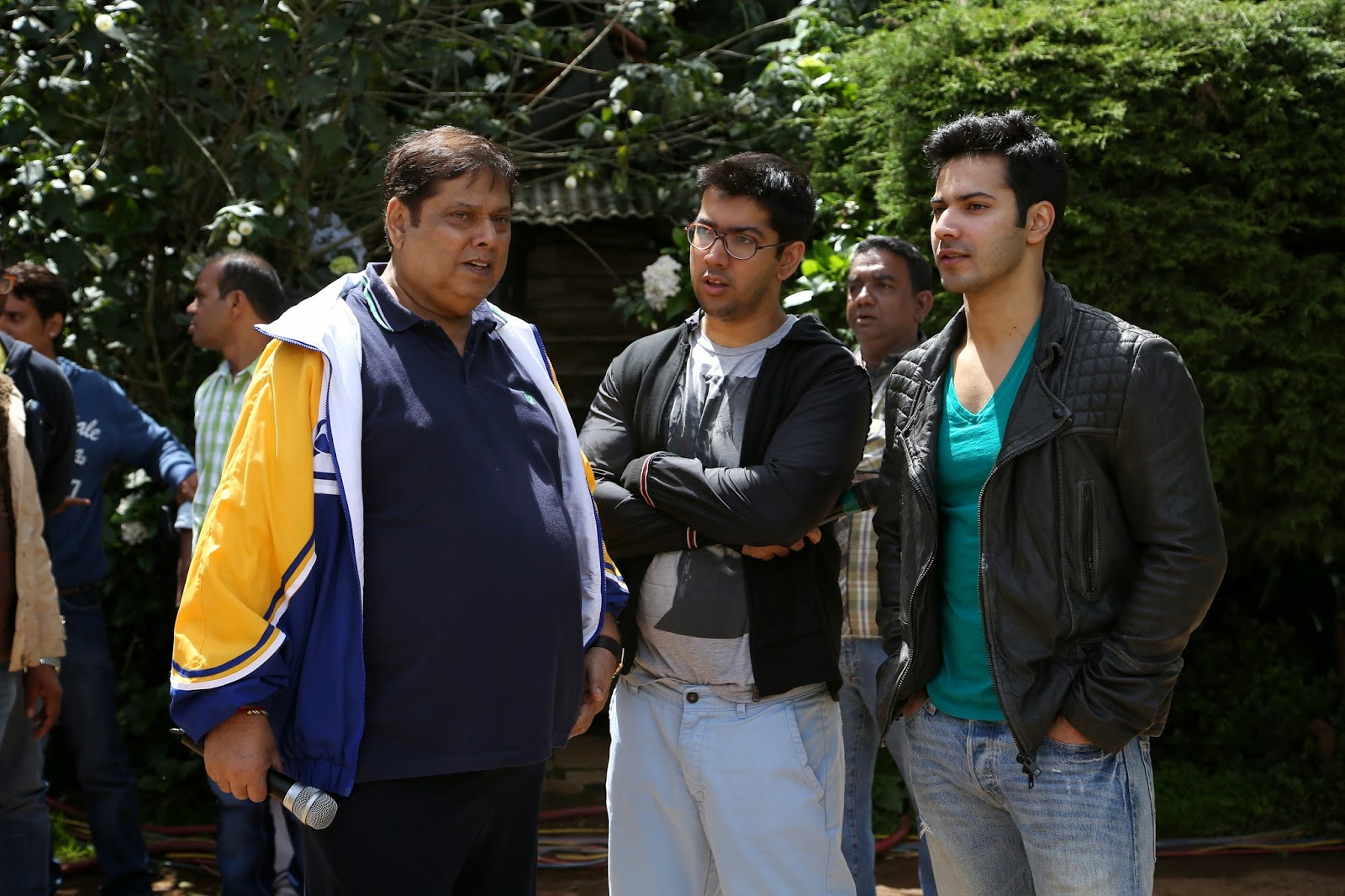 Varun Dhawan, elder brother Rohit and father
David Dhawan are like three peas in a pond. When Varun while shooting Main Tera Hero called his bro to share his stress, Rohit explained that from Sanjay Dutt and Hrithik Roshan to Abhishek Bachchan and Ranbir Kapoor have been through mixed emotions when working with celebrity father in their respective films and now he is one more in the club!
That is when the Student of the Year transformed into Hero and director David Dhawan turned into Daddy Cool!!
The title of a film is as important as the film because it is what makes the audience decide to buy their tickets. When Yash Chopra was launching son Aditya Chopra the film was ready but they were still looking for a title and Kirron Kher seated with Chopra suggested Dilwale Dulhaniya le Jayenge and Yash Chopra was so thrilled that he lent a special credit to Kirron for suggesting the title.