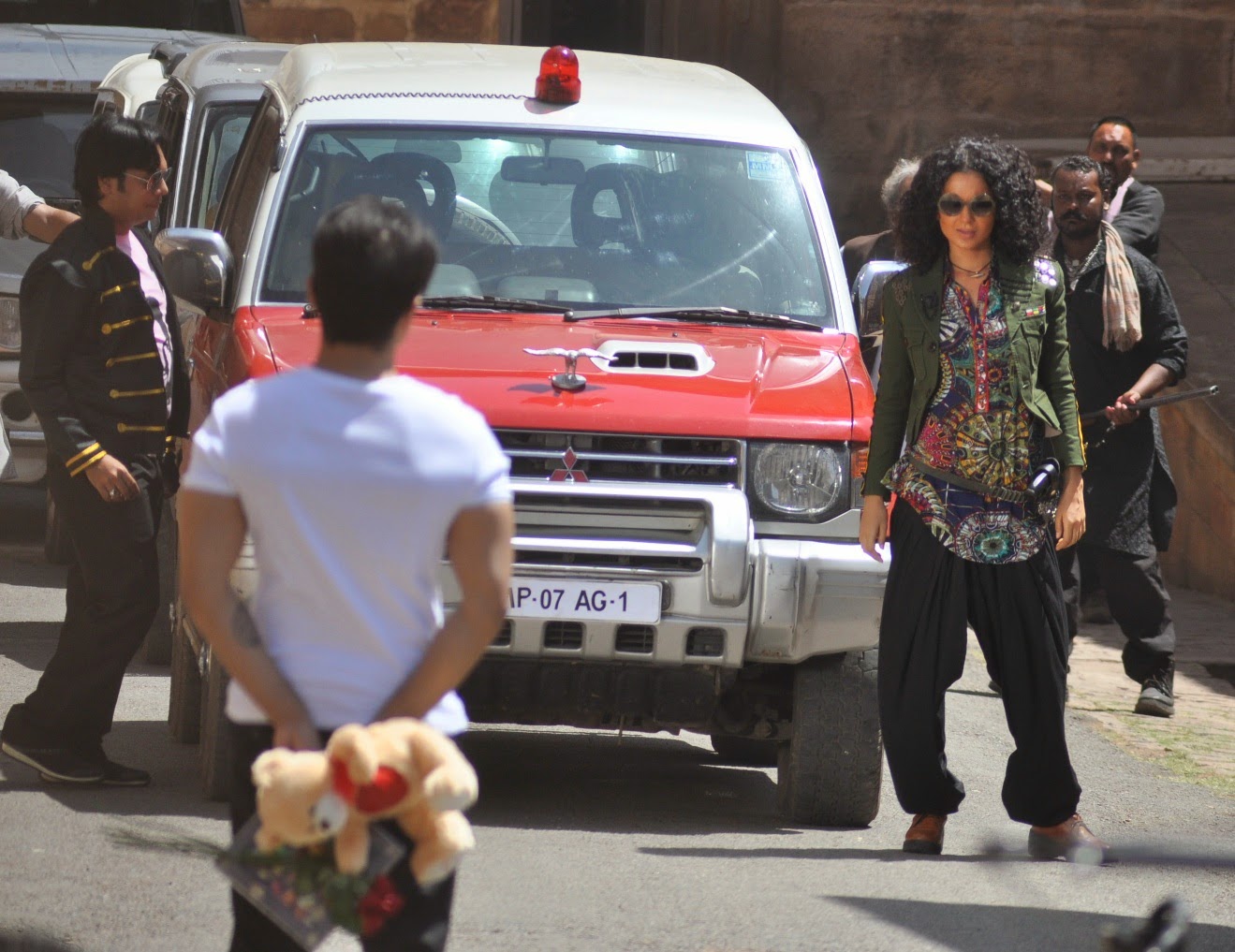 Kangana Ranaut will be ready for another release co-incidentally having a Queen in the title as in Revolver Rani. Produced by Ponty Chadha and directed by Sai Kabir, Revolver Rani is set against the backdrop of Chambal and Gwalior in MP and explores the life of a simple girl Alka Singh forced to pick the revolver and fight for herself and her people and if that sounds like Bandit Queen, it is not. Revolver Rani views the lighter side of law and as the eccentric, fashionable political leader the character is almost funny. Queen is the only female oriented film in Hindi films to  have collected close to 100 crores which is a record of sorts.
This time, the hype is unprecedented and the expectations too high and I’m scared all the excitement may backfire! It is foolish to compare the two films on the basis of a common title and glorify the actor before the release. Experience has proved that successes cannot be planned, it just happens! Therefore what Kangana should do is just concentrate on her performances and give ideas for marketing the film which she is good at and leave the rest to destiny. A special event is being planned to introduce the character to the media for which a set resembling Morena town where Rani/Alka Gujjar hails from is being created and aptly titled ‘Phasion, Fun and Gun’ and where desi food like Kadaknath murga and desi daru will be served to the guests. Sounds like a lot of fun.
Bhawana Somaaya / Tweets @bhawanasomaaya

Posted by Bhawana Somaaya at 12:19