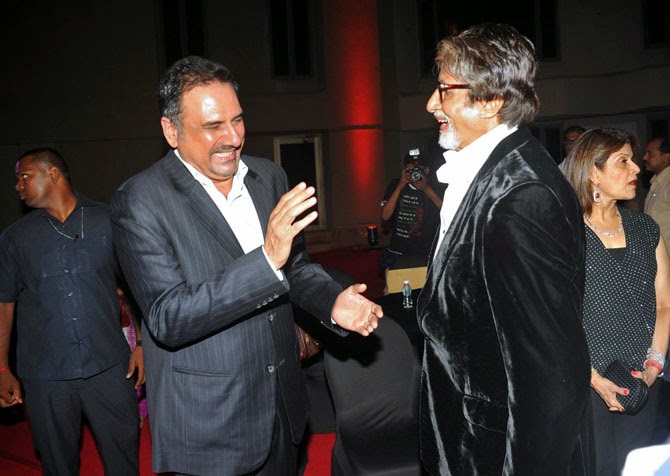 Boman Irani is a huge fan of Amitabh Bachchan so imagine his joy when he was signed to do a film with his idol in BR Films’ Bhoothnath Returns. Everybody knows that Bachchan plays a ghost in the film, what most don’t know is that Boman plays a politician aka Bhau in the film. In a rather difficult scene Boman had to perform in the film he is attacked by Bhoothnath during a press conference! Director Nitesh Tiwari was clear about how to shoot the scene but didn’t know how to write it or explain to his actor as a result Tiwari took Boman into confidence and gave him a freehand to perform as he wished. Boman was nervous but finally managed a performance that rendered all on the sets speechless!
Let me recap some memories. On the sets of Mr India director Shekhar Kapoor was unable to articulate how Sridevi should behave when caressed by an invisible Anil Kapoor in Mr India and let the actor do what came to her naturally and Sridevi was sparkling in ‘Kaate nahi kat ti…’
Bhawana Somaaya / @bhawanasomaaya
Posted by Bhawana Somaaya at 10:40