Sometimes, an over efficient PR machinery can prove detrimental to an actor or a film. I explained this in my blog a few days ago but it does not seem to have any effect on the maker of the film I guess. Every day, the press releases get more and more offensive and nobody seems to be affected by it which is very strange. 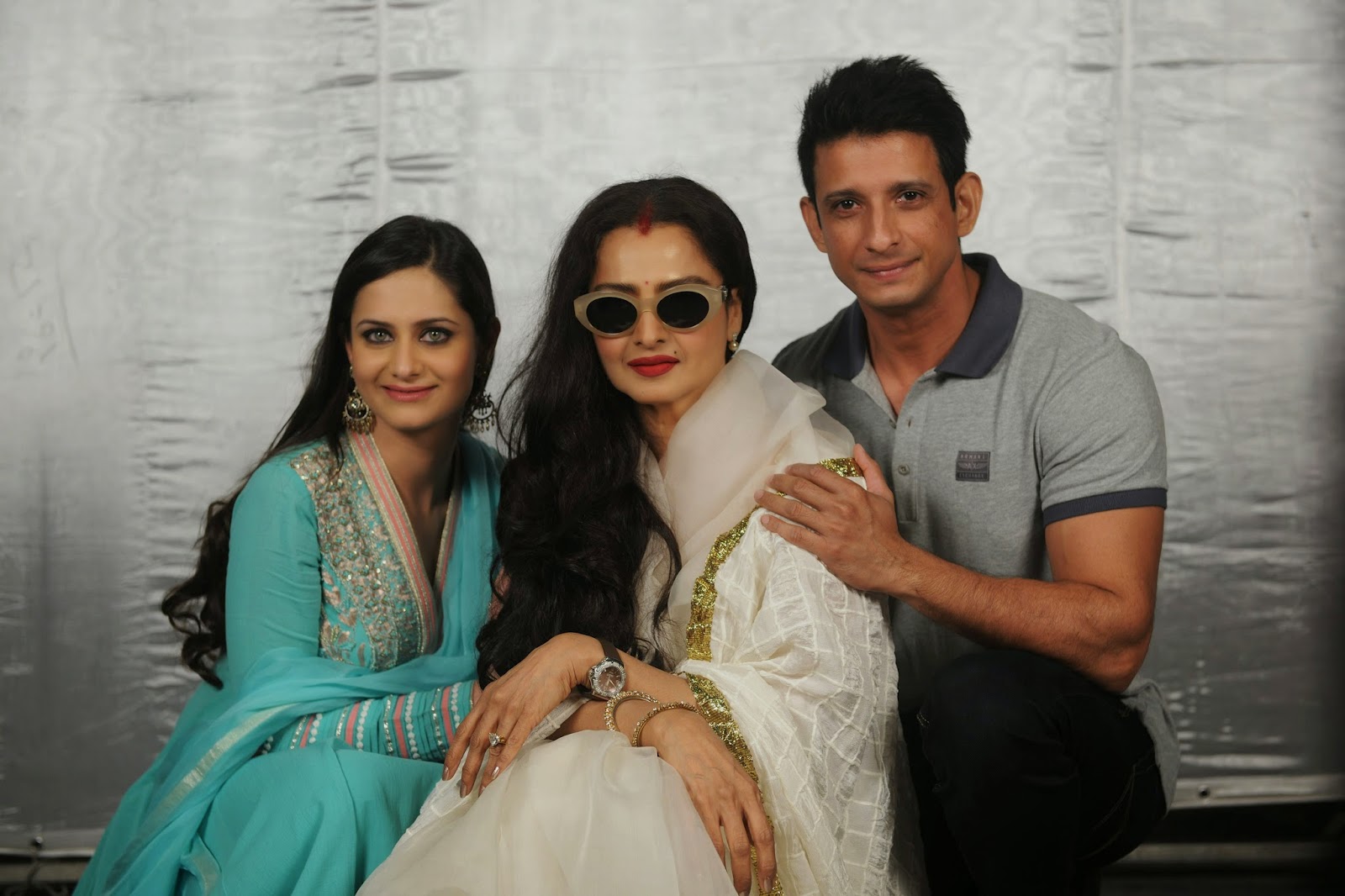 First they release a picture of Rekha with a broom and compare her with Nargis ploughing in the field in Mother India.

Next they reveal that the trailer of the film is releasing with Disney-Anil Kapoor Productions’ Khoobsurat calling it Rekha’s original film. Yes, Rekha starred in Ashok Kumar Dina Pathak starrer Khoobsurat but the film belonged and continues to belong not to the actors but the director of the film, Hrishikesh Mukherjee.

Mistake number three is to describe Super Naani as Rekha’s comeback vehicle. The best artistes have refrained from such titles because it is bound to raise expectations of viewers.
And mistake number four to reveal Rekha doing a takeoff on Amitabh Bachchan. Should not something be reserved for the release and it is not as if the film is releasing this week, Diwali is still far away!

In my opinion Super Naani should have been promoted as women empowerment film, a coming together of an old pair Randhir Kapoor- Rekha who gave us memorable films like Rampur Ka Laxshman. It should have been promoted as combining force of cinema and theatre talent because Anupam Kher and Sharman Joshi have experience of both the mediums and finally, a celebration of bridging gaps of languages. In the past filmmakers like Vipul Shah and Umesh Mehra adapted Gujarati plays into box-office hits and now producer Ashok Thakeria and director Indra Kumar attempt to adapt the famous Gujarati play Baa Ae Mari Boundary into Super Naani.
Travelling the journey of Bharti Bhatia and her grandson Sharman Joshi is the story of every home, rather every mother.