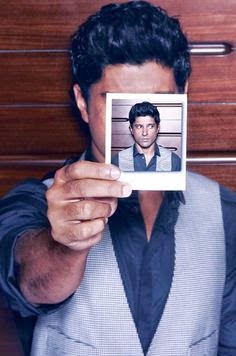 Farhan Akhtar has always been a l rebel of sorts. He started as a writer director, then turned singer and actor, hosted TV show, recited poetry, did more films as an actor and continued to be a filmmaker.

Last year he picked all the popular and the critic awarded trophies for his brilliant performance  as the athlete in Bhaag Milkha Bhaag. No matter how busy he is however Akhtar is always ready to support a good cause and does it cheerfully.

Chulein Aasmaan is a song about female emancipation. A song about freeing women from roles they've be coerced into playing for centuries. It's a song about the importance of equal opportunities and about respecting an individual, regardless of the gender.