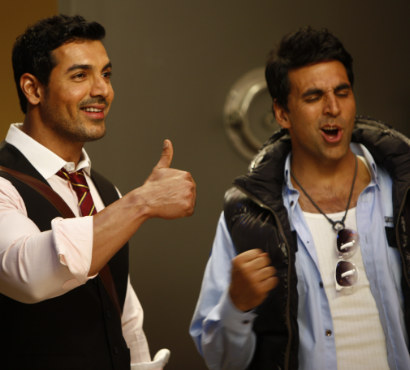 Show business is a slippery place where the mistake of one makes the destiny of another. All of us know that Zanjeer was rejected by all the top actors till Salim Javed and Prakash Mehra decided to gamble with a new boy called Amitabh Bachchan and the rest is history.

Recently John Abraham has replaced Akshay Kumar in a couple of films because Akshay clearly cannot do all the roles offered to him starting with Welcome Back, Hera Pheri 3 and now Aankhen 2 and who knows John Abraham will revive his career with a film turned down by Akshay Kumar who may look upon his action later as a mistake. Anything can happen in show business however even as I write this, I think of what filmmaker Rakesh Ompraksah Mehra once said :“When a role is ready several names come up, some approached, some ruled out but finally the character belongs to the actor who plays the role”.