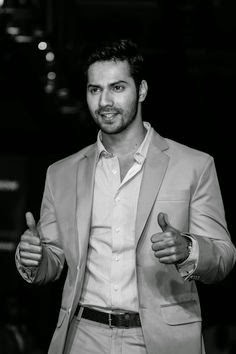 My heart goes out to Varun Dhawan. The boy has not had a break ever since he has found stardom. He has been shooting round the clock and trapped in all the necessities of stardom like performances at award shows and not to forget the aggressive promotions of every film. The exercise is taking its toll and what is worse is that every time his film is close to a release he has a family crisis.The last time his Tu Mera Hero was due for release, Varun Dhawan lost his maternal grandmother and this time, a few days before the release of Badlapur Varun has lost his two uncles, one who resided in Delhi and the second filmmaker Kunal Kohli’s father in Mumbai.

This is a big blow for the actor who has for the last many touring cities for the promotion of Badlapur and this included the Golden Palace in Amritsar. When Varun’s first film Student of the Year was releasing Varun’s mother Laali Dhawan went to Shirdi to seek Baba’s blessings for her child, this time Varun is doing the temple rounds himself.