She had done it in the past too but she was more educated now, more aware and more experienced. A free India had given her an identity, a confidence to be herself and this inadvertently made her more attractive to herself and to others. For the first time probably men and society started viewing her as an individual rather than as the role she played and she was not complaining!

It has been proved that when circumstances change so do relationships and 80s was the decade of shifting equations between man and woman and family and society. Everybody talked about the emerging new woman but nobody was able to clearly define her. Was she the working woman contributing to the income? Was she the centre stage image in all the print/ TV advertisements or was she the bold and the beautiful gyrating heroine/ vamp/ dancer in films? The answer was none and probably all. 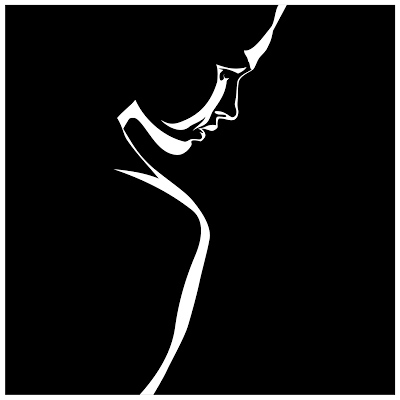 As the intellectuals and the activists furiously debated over the rapidly shifting gender equations among Indians an entire decade passed by! In the 90s the intrusive camera traveled all over the woman’s anatomy depriving her of any autonomy of her own body. Both cinema and the various ad campaigns were unabashed and unapologetic about treating woman as a product and strangely, she was not complaining.

In 2000 the exploitation continued except that the ads were more aesthetic and combined with sometimes a social message and the films were 100 crores ventures and top heroines willingly offered to do sizzling numbers which were now coined as item numbers. The item numbers not only got them instant success but became a passport to hike their fees. They danced to the same item number again and again at various shows throughout the year.

The thinking woman protested against the objectification of woman but the man had stopped caring. The item girl on the big screen and the product on the small screen had turned him into a legitimate voyeuristic and now he was not going to be apologetic!! He relished and cherished every opportunity and his fantasy took on wings. The more sensible of the breed stayed within limits, the more uncontrollable took to the streets.

The woman they once revered and fiercely protected as a mother, sister, beloved and wife was openly eve teased, assaulted and molested and in worse cases raped and murdered. Most crimes were operated by the youth and when interrogated they confessed that the temptations were too many and it was difficult to exercise restraint.

So who is responsible for all this? The woman, must she say no to gyrate to Sheila, Munni and Chikni Chameli and be more responsible to the message she is giving to society and men at large? Women working in the advertisements have to say no to the camera caressing her slender waist and inviting cleavage. They must ask how come the camera never wants to travel over the man’s body it is because it does not view the man as a product!

What about the men, all those filmmakers, investors and copy writers of campaigns who conceive these images and songs? Do they have any social responsibility of not misleading the audience? The argument does not end at show business – is that a guarantee that all crime will end when women stop being portrayed as products.

The answer is no again. Crime against women will end only when we change our mind set. Women don’t attack men at isolated places and physically abuse them then why do men turn into beasts and attack women?  Surely there are other ways and places to find sexual gratification so why attack minors and unsuspecting victims?

Until men change their perspective about women, until they stop objectifying her, she will continue to be in danger at home, work place and street or anywhere irrespective of her age, class, colour or status.