After chronicling the inspirational lives of some of India’s most illustrious names in a quest to give India its true role-model, BIG CBS PRIME’s definitive show India’s prime Icon viewers ended the debate by choosing Amitabh Bachchan as the first ever winner. 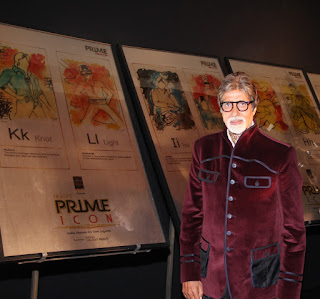 The grand finale event of the show was held at Novotel Hotel in Juhu and the titles were conferred on him by two dazzling Divas Priyanka Chopra and Anushka Sharma. 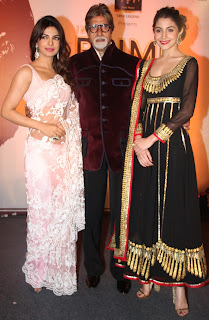 On the same platform I released the Reprint of my 2012 book Amitabh Lexicon. Bachchan first inaugurated Lexicon Gallery where Indranil Maitra’s paintings in the book were displayed and later released the book on stage. 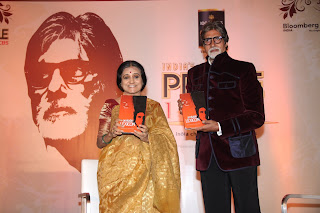 Formalities over the guests were privy to an In Conversation conducted with Bachchan on the Making of an Icon by me where celebrities and students invited from prime colleges in the city participated.

It was a dazzling evening and by the time Bachchan said goodbye he had as usual won over the hearts of all the people.