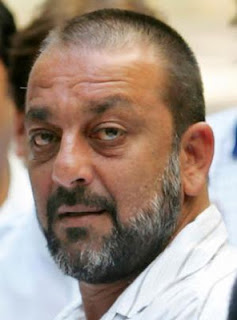 It is amazing how a change in nature brings a change in temperament. It has been raining all night and lying on his mat Sanjay recalls their old home in Pali Hill. Every monsoon the bungalow would be leaking from everywhere and dad would instruct the staff to keep buckets under leaking roofs. It was a strange sight to see so many coloured buckets all around the house but after a while the family got used to it.

A few years ago when Sanjay and his sisters moved into their newly done apartment it took them a while to accept that their home would never need colorful buckets during monsoon because care had been taken to never face adversities again.

Sanjau learnt from his family that his well wishers were sending him sacred threads, taabiz, lucky charms, mata ki chunri to cast away all negative energy from his life, that Manyata has cleared a room to store all these memories so that he can visit them when he returns home.

Sanjay sighs; he has completed a month in the prison today and to think that he has still three years to go seems like a lifetime…