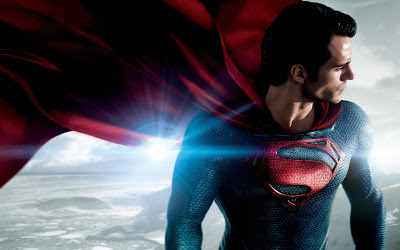 Finally, I watched the much talked about 'Man of Steel' and only because my niece was keen that we see the film together. After ages I visited the dome IMAX Theatre in Wadala. I remember attending the inauguration of the grand premise more than a decade ago when we were treated to a 10 minute film on Taj Mahal starring Aishwarya Rai. After that I have attended many premiers and film festivals including the annual FICCI conference headed by late Yash Chopra.

Walking down the gallery seat and post film the steep staircase to the exit I realised for the first time how senior unfriendly are most of our theatres. IMAX is an impossible exercise for the weak and the disabled and I’m not sure if I would want to sit in the uncomfortable couch seat the next time I’m in the same theatre.

The film does not live up to the hype and there is nothing to appreciate except the production values, the packaging, presentation and the technology. Wearing 3D glasses is a torture and paying 600 rupees per ticket is a crime.

All I could think of while watching Superman was that if only he could fly to Uttarakhand and help all the victims, then 600 rupees and the 3D glasses will be forgiven.

Will you go and save them Superman or at least rob the helicopters of the Richie Rich and send them to save the surviving victims?