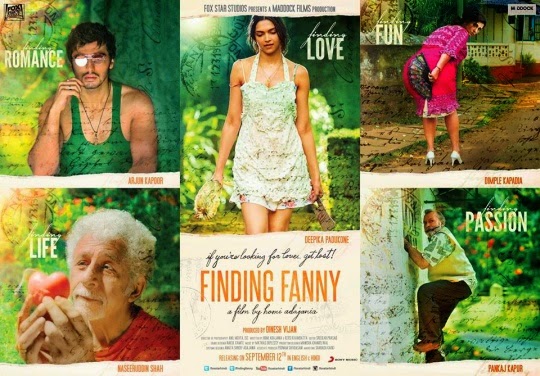 Homi Adajania is back with another quirky comedy Finding Fanny! The film narrates the story of five odd balls played by Arjun Kapoor, Deepika Padukone, Dimple Kapadia, Naseeruddin Shah and Pankaj Kapur; who set out on a road trip to find love.

After Cyrus and Cocktail it is evident that Homi is attracted to dysfunctional families and characters. Adajania says, "Love makes normal people do nutty things and if they are already a little nutty they become unbearable. My producer, Dinesh Vijan, knew I would drive him insane but still decided to support me. I had worked with Deepika in Cocktail so it was easy to convince her. Arjun Kapoor was enthusiastic. I couldn’t have made this film without Naseer because his character is specially written for him. As for Dimple, if I make a film without her she will have my head on a platter but the biggest surprise and an actor I simply adore is Pankaj Kapur. He is a phenomenal actor and it was a fabulous experience directing him. Finding Fanny was shot and wrapped in 36 days, a shoot-experience that was almost as goof-ball and hilarious as the story itself."