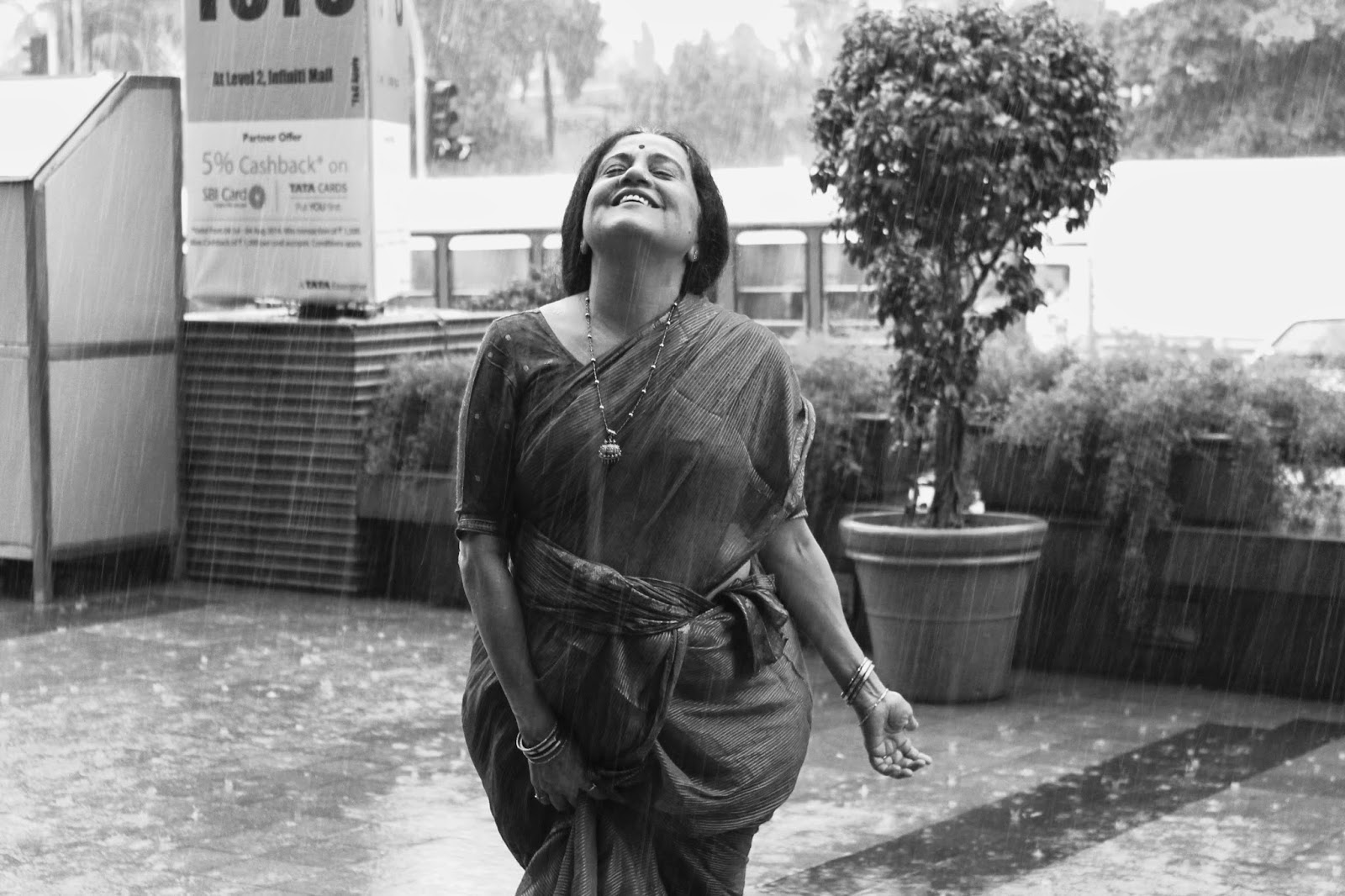 Fayaaz Shaikh was observing roza and wanting to leave early for iftaar but the picture had to be done soon.
I had a recording in a while and was writing my script when he said it had begun to drizzle and maybe we must go down. Umbrella in hand we rushed down and that is when it began pouring! Fayaaz shot me under the colorful umbrella as people passed by. We were about to turn and take the elevator when on an impulse I stepped into the rain to relish the moment and Fayaaz who had not packed his camera as yet clicked me in the rain.

In keeping with the nostalgic feature and the Retro Radio Station we agreed to transform the color picture into Black & White. Within moments the picture was viral and the feedback overwhelming.