Bollywood in tidbits
It has been an eventful year for Sanjna Kapoor who broke away from Prithvi Theatre to launch Junoon three years ago and this year launched another baby, SMART it means Strategic Management
in the Art of Theatre and aims to build knowledge, skills and expertise about arts management 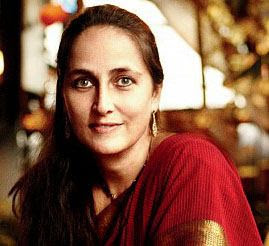 within the theatre community itself. For a long time Sanjna felt the need for something like this but did not know how to go about it. Then she spoke to her partner Smita Iyengar and together they worked out a map to enable practitioners to develop strategic management systems for aspects of theatre that lie outside the direct creative process.

Sanjna said that the creative processes are so consuming that one was always exasperated when it was time to showcase the creativity. She decided that there had to be a long term solution to the problem and began having a dialogue with experts. It worked. Theatre needs funding and the funding had to go beyond sponsors. The new map which is conceived, designed and developed by experts from different fields addresses the dire need for effective arts management in our country. Their vision and motive is to impact much more than just the theatre community and Sanjna is proud that just six months into the idea they celebrated their first batch of 17 SMART graduates. This is the beginning of a new India, new theatre and new creativity. 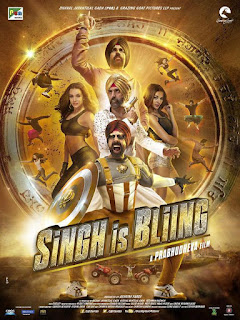 Lara Dutta - Akshay Kumar together again
Lara Dutta is another happy heroine these days. When Dutta came into movies, she knew that this was not something she could continue to do for the rest of her life, so she got a life beyond films, be it her business or her marriage and now her baby. However she is not fully disconnected to show business married to a sports legend and her own background, so once in a while when Lara is offered a good role she weighs the pros and the cons and says ‘yes’. We all know Lara started her
career with Akshay Kumar, so when Akshay asked her to be a part of ‘Singh is
Bliing’, Lara obviously could not refuse.

The last time she shared screen-space with Kumar they were a romantic pair, this time we don’t know given that Lara plays Emily and is the cause of trouble in Akshay Kumar and Amy Jackson’s
love story in the film.


Manisha Koirala on screen after a break

Manisha Koirala was in news after a long time because of her forthcoming film ‘Chehre’. She said Jackie Shroff and she had done many films together and she was happy that Jackie was doing well in his career. Manisha said ‘Chehre’, written and directed by Rohit Kaushik has been in the making for a long time but is an interesting subject about an old-time star. The film captures the journey of cinema from silent films to talkies, captured in both black & white and colour. It is a psychological
thriller set in 1952 in England that plays upon interpersonal relationships of the various protagonists. Meant to be a musical thriller, ‘Chehre’ will unmask many secrets on Friday, said Manisha Koirala. 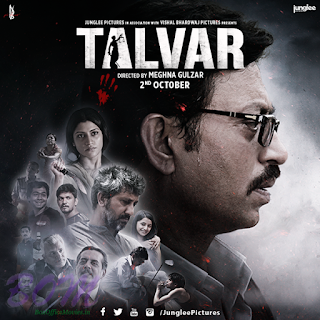 Aarushi murder as Talwar. Early this year we saw a version of the Arushi murder case released and now Meghana Gulzar has shot a film taking the Talwar couple into confidence and presented
another perspective of the story. Starring Konkona Sen Sharma and Irrfan Khan among many others, this is Meghana’s second film after ‘Filhaal’. Recently the trailer of the film was released by the producer attended by the entire cast. On another day, Sanjay Gupta released the trailer of his ‘Jazba’ attended by the cast of the film including Aishwarya Rai Bachchan. While most of the time husbands expect wives to talk about their films but seldom shout praise of the wife, Abhishek Bachchan is going out of his way to express his joy about ‘Jazba’ trailer and is even promoting it on his social platform.


Waheeda Rehman is wildlife photographer
I have attended all kinds of festivals and last week I attended a festival on wild life aptly titled Tigerland India Film Festival. In a grand function held at Samanvay Bhawan, legendary actress Waheeda Rehman, who few people know is a lover of wild life, was the Guest of Honour. 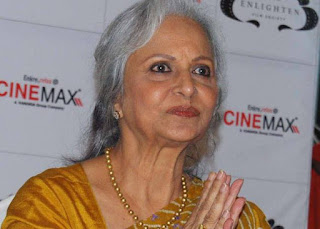 All the films in Panorama and Competition section Revenge of the Tiger by Shri Nalla Muthu; Birds of Narsinh Talav; Wetlands: Question Mark and In Deep Coma were engaging in storytelling and I caught Waheeda Rehman watching the films very attentively. The awards were given under four different categories and judged by a seven member diverse panel of judges consisting of experts from the fields of wildlife, media, films and art. The highlight of the Tigerland India Film Festival was an exhibition of photographs on wildlife clicked by actor Waheeda Rehman that surprised everybody.
Though Rehman was very modest and described herself as just a hobby photographer, those present at the event could not stop raving about her images. Waheeda Rehman said that she always felt passionate about wild life and has been inclined towards it from a long time. However, it was her son who introduced her to photography and encouraged her to follow it actively. She said both of them were part of a photographer club and regulars on Safaris both in India and abroad to practice their passion. She said she has been shooting pictures for years now but has never talked about it and never shared them with anybody. This time was an exception because she was invited to a Tigerland Film Festival and could not be secretive about her passion any longer.