My films are based on true stories 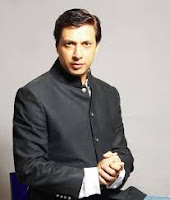 It is 1 pm and I’m attending the trailer release of Madhur Bhandarkar’s ‘Calendar Girls’ in Mumbai’s newly opened Carnival Theater in Oshiwara. Like always Madhur has made sure to invite all his guests personally and seek support for his new venture. “Big films find audience on their own but small films need the support of cinema buffs so you must come for the event to express solidarity,” he says on the phone and I respect that.

It is probably a result of his personalized invitations that most of the people he has invited have turned up on time and appear a bit restless at the delay in starting the event. In the front rows I can spot politicians from different a party, which is understandable because the producer Sangeeta Ahir is the wife of a politician.

Excerpts from the interview:
You once said that you feel like an activist taking up a social issue in every film.
That is true, I crusaded the cause of the bar girls, exposed the insecurities of the corporate world and deglamourised the life of a ramp model in ‘Fashion’. Our films have depicted beggars in many films but no film has shown the brutalities of ‘Traffic Signal’ or the way the media operates as in ‘Page 3’.

And how do you think does society perceives you for your brand of films?
With trepidation I think. They feel it is better not to tell me too much about their world or I will expose it in a film. The other day I was getting into the elevator of a 7-star hotel filled with top level industrialists probably from a seminar. I recognised them and I think they recognised me too. I noticed they stopped talking till I got off at my floor. Maybe they thought I will use the information in a film on industrialists in future.

How do you always mange to find a novel contemporary subject for a film?
I don’t know if I find them or they find me but it all happens quietly and naturally, I encounter an experience, reflect about it and before I know I have decided to make a film on that experience. 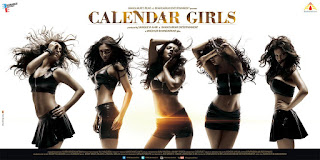 Of course it is but the film is much more than that. I have visited Vijay Mallya’s calendar events often and he sends me his exotic calendars every year. They are superb and extremely glamorous. One day my office boy was on a cleaning spree and put a few of these old calendars on my desk demanding to know what has to be done with them? I revisited the calendars and an idea struck me but I wasn’t sure so I asked him to let the calendars lie on my table for a while. Every day I would turn a few pages and slowly a script was being born.

You never thought of taking an established heroine for the role?
No because the roles demand new faces. It is the story of girls next door who become famous and are forgotten after a year. An established star would not have fit the role. I had to find new faces and they had to be from different parts of India and also neighbouring countries.

So it is the story of five girls?
Yes, there are multiple tracks running simultaneously in the film as we are introduced to various characters and their families. The story familiarises us to them and there comes a point when all the protagonists are visible on the same platform. It is the story of their anxieties and dreams.

And how did you get familiar with their lifestyles?
This is where extensive research comes in, the team of writers work hard. I came to know about the whereabouts of some calendar girls who have retired to a life of anonymity, I met them up; they put me on to more people and so on and so forth. All their stories are heart rending. This is a tough life.

‘Chandni Bar’ to ‘Corporate’ and ‘Fashion’ to ‘Heroine’ you have traveled the tapestry of many professions, don’t you feel like a Peeping Tom?
Those who are making love stories are also foolishly indulging in the same emotion and can be accused of exploitation! I’m at least traveling different lanes in every film. I’m exposing both the urban and the rural India in my films. I have portrayed the glamour world and the shanty town and also the traffic light urchins. I disagree that I’m a Peeping Tom because if I were my films would have been more brazen than they are. I alter incidents and identities to not reveal my sources. I’ never expose them on the contrary protect them from the public glare.

But everybody knows that they are inspired from true people and incidents.
Everybody also knows that the facts are altered to a great degree and my films are real stories woven with fiction. The real stories are often very, very sad while I offer a ray of hope to my characters be it Tabu in ‘Chandni Bar’ or Priyanka Chopra in ‘Fashion’.

You are coming with a film after a long break?
Yes this time the break has been longer than intended. My last film ‘Heroine’ had contradictory opinions but was still applauded by the critics. I feel I’m fortunate to have worked out a niche genre for myself. This sets me apart from my contemporaries and I’m not biting my nails in competition.

Are you satisfied with the film?
I think I’m more than satisfied. I think it is my boldest film and this time it is not an open ending film like the critics accuse me of. I take a stand and let me share a bit more; it is not a depressing ending. You know when we say ‘Calendar Girls’ we associate it only with glamour and sex but there is more to them than that and my film is about that. About their lives, their journey, their reality.

How was the experience of launching five new faces?
Not easy at all. From the auditions to the final shoot it is not easy to watch over the performances of five debutants simultaneously. But they learn and evolve and one saw the change as the shooting progressed. All of them have done their parts so well. The film works because of their characters and their commitment.