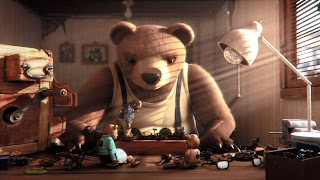 This year, Mahattan Short has terrific feedback with a lineup of  672 short entries from 52 countries. The 10 Finalists hail from eight countries, with short films from Turkey and Kosovo representing their respective countries for the first time. These short films will not only entertain a global audience but will be judged by them as well. Cinema-goers are handed a ballot upon entry that allows them to vote for the Best Film and Best Actor. Manhattan Short is the ultimate audience award that salutes the creative talents of both directors behind the camera and actors in front of it.

Mahattan Short 2015 highlights the importance of women in cinema and films feature actresses ranging from teenagrs to senior citizens. Other interesting films that deserve mention are: Bear Story and Patch, sophisticated animations.

The Vote For India section will screen the winning films: Aavrati, about a teenage girl’s encounter with a good-hearted cop; El’ayichi starring Nimrat Kaur, Divyendu Sharma and Vibha Chibber; Karan Tejpal’s No Anaesthesia starring Deepak Dobriyal; a first-hand and unique account of the Bhopal tragedy in Bhopal Diaries 2012 and Ganesh Matkari’s take on sexuality in the glamour world Shot.

Votes will be sent through to Mahattan Short HQ with the winner announced at ManhattanShort.com on Monday Oct 5.