The changing thread of bond


Has Raksha Bandhan lost its relevance in films?

I think it has, because women of India and in cinema are no longer helplessly in need of protection
from their brothers. Maybe this is not true in all parts of India and Raksha Bandhan has a different 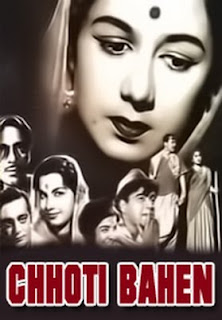 interpretation in small towns but in the bigger cities, the festival is more a celebration of fun and frolic. On the big screen it all started with the black and white cinema, where Nanda plays the blind younger sister of Rehman and other brothers in
'Chhoti Bahen'. Her song "Bhaiya mere rakhi ke bandhan ko nibhana…" became the anthem song of a patriarchal society endorsing male protection to women in Indian society. Ever since, filmmakers made sure to include some emotional drama in the brother-sister track of stories so much so that in the good old fifties and sixties it was impossible to conceive a Hindi film without the bhaiya behna song sequences. And it was not just the mainstream, one saw recurring images of it even in the parallel cinema the best example of which is Raj Kapoor’s 'Boot Polish' reflecting the grim life of the street children played baby Naaz and her adolescen brother in the film Narendra Rupani. Even Satyajit Ray’s much talked about 'Pather Panchali' shedding light on the perils of rural India highlighted the story of a unique bonding between elder sister Durga and her kid brother Appu. Over the decades our films strived to give a new twist to the brother-sister relationship. There were stories about siblings fallen apart after demise of parents like 'Aaj Aur Kal' and also comedies where hero Sunil Dutt had to convince four brothers of his beloved Waheeda Rehman in 'Ek Phool Aur Chaar Kaante'. In 'Josh' Chandrachur Singh had to convince an over possessive brother Shah Rukh Khan before he could dare romance his twin sister Aishwarya Rai. The sacrificing sister was a favourite stereotype Hindi films revelled in popularised by Meena Kumari in the olden days. Remember Meena Kumari singing "Mere bhaiya mere chanda…" to Dharmendra sitting on the jhoola in 'Kaajal'. 'Kaajal' was a dramatic film with complex characters quite unusual for its time. It spoke about a special bond between the siblings and how Dharmendra’s wife Padmini resents it thereby becoming the intruder in the family story.

In 1971, Dev Anand marked a new turn in the sibling relationship with his highly acclaimed 'Hare Ram Hare Krishna'. It was the first time we saw a hero putting his life and girlfriend on hold to rehabilitate his drug addict sister. After all these years "Phoolon kataro ka…" where master Satyajit piggy rides a thumb sucking kid sister around the house to distract her attention from socialite parents decking up to go for a party tugs at your heart strings even today. For a long time no wedding celebration could be complete without "Meri pyari beheniya banegi dulhaniya…"popularised by Rajesh Khanna in 'Saccha Jhootha’. Naaz played Khanna’s crippled sister unable to reach out to
her brother in the crowd. It was the era where many actresses like Nazima and Naaz made a career
out of playing sister to leading heroes. Till as long as Rajesh Khanna ruled, Naaz played his behna. Tanvi Kher played the title role 'Pyaari Behna' as Mithun Chakraborty’s sister. It was a film about
a village bully who suffers a fatal accident and loses one arm and how the two women he loves the most (Tanvi and Padmini Kolhapure) help him to regain his stature and spirit. Popular cinema to a great extent is determined by the image of the hero and Amitabh Bachchan was always perceived
as a family man. The mother and sister in Hindi films gained momentum in the wake of Bachchan phenomena. In most of the films made during his tenure Bachchan was fighting a moral or social battle. He played the infallible son and brother ready to die for his family. 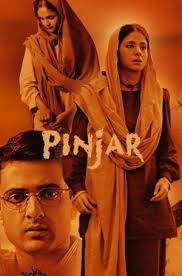 In 'Majboor' he strived to secure his handicapped sister, in 'Adaalat' he sought revenge for her'Shahenshah' to 'Aaj Ka Arjun' in the late 90s. The mother/ sister lost significance in mainstream films when Amitabh Bachchan stopped playing the conventional hero. Unlike Bachchan, family was never apriority for emerging hero Shah Rukh Khan. His obsession with mother bordered on destruction ('Baazigar', 'Darr') and from 'Dilwale Dulhaniya Le Jayenge' to 'Kal Ho Na Ho', Shah Rukh’s character was always focussed on friendship. Perhaps the new-age writers did not deem him fit to shoulder bigger responsibilities or perhaps in the new world friends mattered more than family. Present day filmmakers have little interest in families of the lead characters unlike our old films. Director Ram Gopal Varma has repeatedly said that he is bored of the baggage (parents/siblings) and his films are all about the dreams of the hero or heroine. On the other hand there are some like Madhur Bhandarkar has always told us stories about women in turmoil and often they have families who have supported or defied them depending on the story and the character as in 'Chandni Bar' or 'Fashion'. And many old world filmmakers who still perceive a heroine oriented film in the sacrificial mould of a 'Mother India'. 'Megha Dhake Tara'; 'Tapasya' and 'Aaina' are stories about the sacrificing sister who took on the mantle of being the bread earner of the family. 'Jeevan Dhara'; 'Tehzeeb' and 'Pinjar' on the other hand were reflections of old story with bolder and stronger characters of sisters who honoured their responsibility to family without self pity; which is coming a long way from 'Badi Behen' and 'Bandini' where the sister or daughter is a victim.
rape; in 'Trishul' he assumed responsibility for her marriage. Amitabh’s conscience crisis for the sister continued from

Today, the Indian woman has transformed beyond recognition and is no more dependent on her father or brother or husband for protection. The woman in cinema has broken shackles of stereotypes in all relationships and is capable of fending of self. This is evident in the advertisements where the
brother ties a rakhi to his sister promising protection and the sister telling him she does not need it. She needs his gift though because that is her right. The advertisement is a mirror of our changing times and perspectives.