After sequels it is remakes - DAY 845 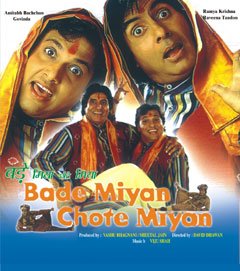 Yesterday I was invited to baba Siddiqui’s iftaar party at Taj Lands End. I t promised to be a heavy d security affair and preferred to watch the drama on TV instead. It was supposed to be in the Taj lawns and when it started rainning in the evening I was thinking about how they must have made a change of venue at the last minute. Or maybe they were clever enough to have a plan B. 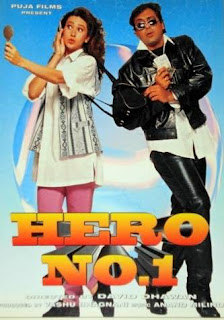 Filmfolks always have a plan B so after enjoying a flourishing season of sequels they have jumped on the bandwagon of remakes.

A few days ago we heard that producer Vinay Sinha is planning to remake Andaz Apna Apna with current actors followed by a statement from Aamir Khan that he would love to combine force with Salman Khan provided the script was challenging for both of them.

Now we hear that producer Vashu Bhagnanai wants to remake two of his favorite David Dhawan films namely Hero No 1 and Bade Miya Chotte Miyan so let’s wait and watch who will step into the large shoes of Govinda and Amitahbh Bachchan.