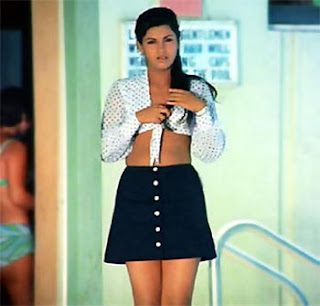 I don’t know what isit about birthdays because memories just flood your mind. The first time I met Dimple Kapadia nee Khanna was at the funeral of Baldev Pathak, Dina Pathak’s husband. Baldev and Rajesh Khanna were close friends and few people know that Baldev was the man behind Rajesh Khanna’s famous Gurushirts. Clad in a milk white sari Dimple sat with the family till late evening. I remember traveling back home with Dimple and Shabana Azmi and I’m not sure if she knew I was a journalist at that time but Dimple was at her candid best.


Over the decades I did a number of interviews with the actor spanning her long career in films. We chatted at her parents home in Juhu, on her sets, traveled with her on location shooting, went shopping for Rajkumar Santoshi’s wedding gift together in the busy streets of Delhi and always Dimple was herself, speaking from the heart without a care for the world. 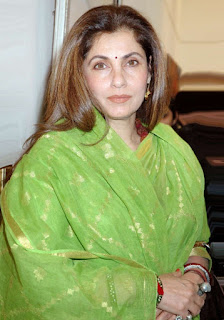 It was impossible not to like Dimple. She was beautful, accessible, engaging, sensitive, untraditional and unpredictible. The only time I think she was not herself and tried to confine to a role was when she lived as Mrs Rajesh Khanna at Aashirwad. When she left Aashirwad, she found her old self in her patent’s home this time with her two daughters, Twinkle and Rinki Khanna. Later when she turned a successful star and mustered confidence she moved out to live on her own at Vastu a few blocks away from her parent’s home.

It is true life comes in circles.