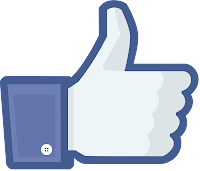 Two years ago Tips Music Company was wondering if they should get on to the social network. They were warned that it was tough and the only time they would get hits would be when a new soundtrack was due for release. At the time Tips had just one film up for release but they accepted the risk as a challenge. They introduced a strategy where in the site refreshed memories of the 90s music and after a while fans to the site were hooked. Suddenly there was a demand for the music of Khalnayak, Rangeela, Imtihaan, Phool aur Kaante and Raja Hindustani and end of two years Tips had crossed the 2 million mark.