There is nothing more infectious than the enthusiasm of a newcomer and even though I have writing about cinema for decades, I still get drawn into their web of dreams. Similarly, there is nothing more touching than the concern of a parent whose child is on the threshold of a career and even though I’ve witnessed many such anxious moments, I still feel moved by their outpourings. 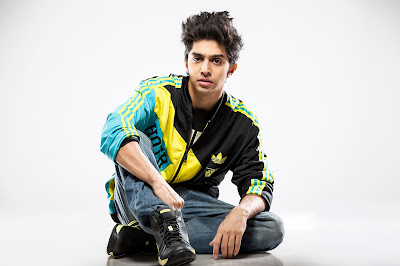 I first met Dr Mrunalini Patilmany years ago while serving on The Central Board of Certificate. We
shared many committees together and that’s when I learnt that she had put her medical career to pursue her long time dream, filmmaking.

Mrunalini directed Marathi film Manthan that not just won her critical acclaim but got her new projects as well. A few years ago, she became my neighbour when came to live in my building and I discovered that her son Shivam is a terrific dancer and a budding actor training under Barry John. We got accustomed to watching Shivam in all kinds of commercials ranging from Airtel, McDonalds, Coke, Eno to Tic Tac and to be fair the young boy made an impression in all.

Yesterday, I bumped into Shivam again and he took me home to show me his poster and promo of the film. Releasing on 26 July Nasha is a prime example of a film made by independent producer and what is commendable, all territories pre-sold before release.