Most of the stories we read in childhood began with three famous words, long, long ago… 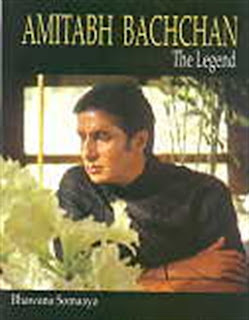 My story as an author began in the summer of 1999 when I penned a chronicle on Amitabh Bachchan profiling his life and times. My art director of the magazineI edited at that time illustrated my narrative with file pictures and the result was a book! Amitabh Bachchan: The Legend was the first biography on a celebrity structured as conversation. When it was time to find publisher all of them insisted that I rewrite the content as prose. I disagreed because I wanted to retain the voice of the actor and also the voices of those who worked with him – his leading ladies and his filmmakers and they had to relent.

The 90s decade was an important era in journalism for it introduced computers and the internet. The year 1999 ushered the electronic media and the first flash of the new millennium menace paparazzi, at that time understood as euphoria, was evident at the launch of my debut book in Mumbai’s when the cameras went crazy clicking the superstar. I’m often asked how long it takes to write a book, it is never an easy question to answer because I work on my books along with my regular job as a journalist and columnist. 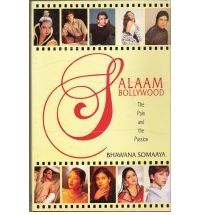 My second book Salaam Bollywood (2000) tells about my experiences as a film journalist. In my early days I was often asked how it felt to be a film scribe and if I believed in the people I wrote about. I did. The book is about the other side of stardom. The better side, of creativity and compassion, of warmth and wisdom - that an outsider will never know...The irony however is that for those I write about, I will always remain the outsider. The book was originally titled Salaam Showbiz but my UK Publisher felt a title with Bollywood will bring better sales!

My third book Take 25 (2001) is a tribute to the 80s decade, a lowly phase for Hindi films but a landmark in film journalism. This was an era of leisurely feature writing where actors shared their hearts with us and we lovingly spread their colorful quotes over double spreads of art paper with glamorous pictures. The book captures a leisurely era and a baggage free mindset when life was innocent and joy was in small things.
(To be continued)