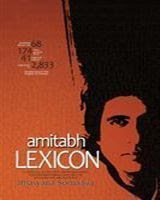 My tenth book and third book on Bachchan Amitabh Lexicon (2011) is a compilation of selective words from the alphabets of the English language associated with different scenes from the actor’s body of work – scenes where he made you cry, laugh and all shook up. Like he says in his film Namak Halaal “Lo karlo baat…aaree English to aisi aave hain ke I can leave angrez behind…I can talk English, I can walk English, and I can laugh English…”

Mother Maiden Mistress (2012) co-authored with Jigna Kothari and Supriya Madangarli is celebration of women in Hindi cinema from 1950 -2010. It has been a long hundred years since Dadasaheb Phalke portrayed a man as his heroine in Raja Harishchandra (1913) and women have a come a long way since then both on and off screen. Mother Maiden Mistress documents the journey of women characters in films post partition to new millennium where the definition of the mother, the maiden and the mistress have changed beyond imagination.

Talking Cinema (2013) my twelfth book hit the stands last week and features passionate conversations with actors and filmmakers on their craft. Have you ever wondered what do actors think about before a shot, have you wondered how they prepare for a crucial scene? Have you ever wondered what the director feels when his set has to be demolished after the film is completed? Behind the greasepaint and glycerin, and into the heart of what gives the audience goose bumps, Talking Cinema goes behind the scenes with several of film fraternity’s best known stars and filmmakers to unravel what goes on in the mind of an artiste. The book is about the skill, effort and resources that go into the making of a scene stealer or a classic.