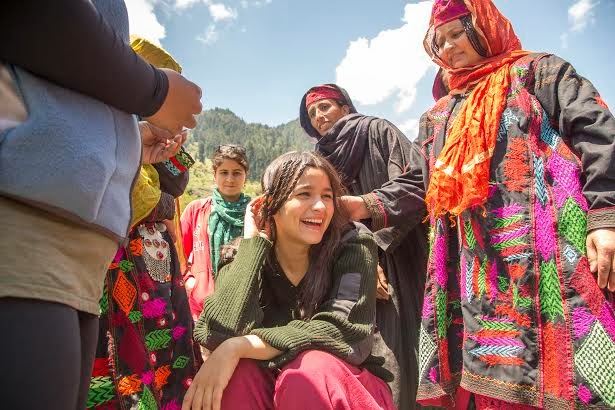 Imtiaz Ali's much-awaited Highway starring Alia Bhatt and Randeep Hooda traverses six states of north India and captures the landscape of the different regions. Ali did that beautifully in Jab We Met where Kareena kapoor sings and dances in the snow. This time the filmmaker has shot video snippets aptly titled Highway Diaries capturing the journey of the film and all the exciting experiences that the cast and crew incurred during the making of the film.
In the latest episode of the special Diary Ali features Songs of the Valley, where in the director is caught sitting with Gujari folk singer Begum Jaan and her group, engrossed in their music, while shooting with them at Aru valley in Kashmir. In the episode, he says, “...while it (the song) should connect with the larger experience that Veera (Alia's character) has in the film, it should also be about that time and place and its music."
You can watch this episode of Highway Diaries by clicking onto http://bit.ly/HighwayDiariesKashmir.
Bhawana Somaaya/ @bhawanasomaaya
Posted by Bhawana Somaaya at 07:03