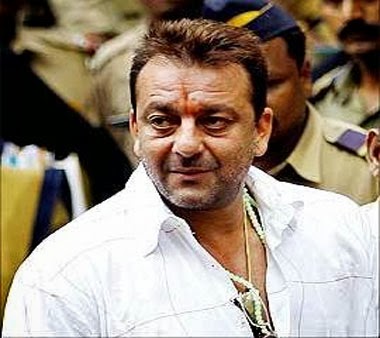 Two weeks after being granted a parole, Sanjay Dutt is released from Yerwada jail to visit and attend to his ailing wife Manyata. The controversies surrounding his wife’s illness and the preferential treatment meted out to the actor inside the jail have subsided after a special inquiry was ordered in this case and the additional judge reviewing the case found nothing wrong with the leave application, said the prison manual does not define a time gap between paroles. At home in Pali Hill Dutt requested the media to grant him privacy and leave his boundary wall, they obliged.

Manyata and the kids are happy to have Sanjay by their side. He was not with them for Diwali but they can bring in the new year to gether as a family and if God willing, the storms will subside quicker than they anticipated.