23.12.2013
Everybody has been writing to me why I’m not posting the Jail Diary of Sanjay Dutt. There are many reasons, but will talk about them sometime later.  Here’s continuing from where I left incomplete last: 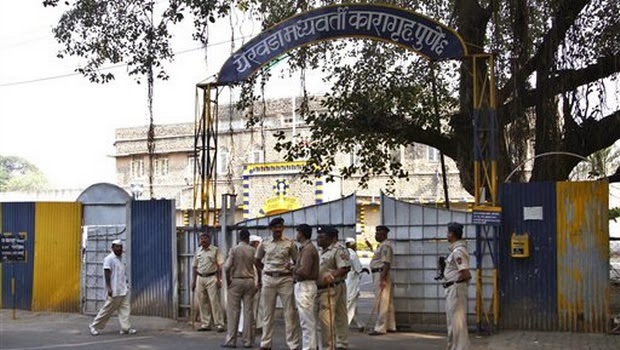 Sanjay is at work when he is told he has a visitor. It is his brother-in-law Kumar Gaurav and Bunty as he is lovingly called by the family has come to inform him about some medical issues with wife Manyata. Manyata has been undergoing some tests and the doctors suspect it may be a malignant cyst that can hopefully be cured with surgery. Sanjay is heartbroken. He cannot understand why God chooses his family members one after another with this ailment. His mother Nargis, wife Richa Sharma and now Manyata. Bunty knows Sanjay will be upset and has come into request parole for Dutt.

When he was released on parole last time in October his sister Priya Dutt had stood surety for him. This time he is not aware who will stand surety for him. The formality includes identification and a cash deposit of RS 5000/ but he has faith that something will work out. A day before the parole order had to be released Sanjay is told that there are demonstrations outside the jail protesting his parole. They are protesting against special treatment meted out to the actor. Sanjay senses trouble. An old pain is coming back and the only way he can cope with this is to retire in his cell and reflect.

Sanjay is aware there are controversies about his parole. He is accustomed to them and decides he will ride this peacefully. Days pass by…Three days …six days …over a week pass by. Superintendent Yogesh Desai reveals that if the parole conditions are not fulfilled within a month then Sanjay will have to seek a fresh order from their divisional commissioner and seek extension of parole period. Perhaps that is what Sanjay Dutt wants. He wants to make a fresh application so that the protests and the controversies settle down.
There are hushed conversations in the prison corridor about what has appeared in the papers. Leader of opposition has alleged that alcohol is being served to the superstar inside the cell and aided by the police. Jail authorities have denied the charges. Sanjay is depressed.