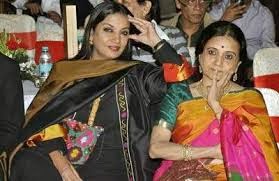 Today is the ground event of Big Star Entertainment Awards and we are going through butterflies in the stomach as always. On December 4 I completed five years with Big FM as an Entertainment Editor. Five years of learning a new medium and a new language, Hindi. Five years of Audio Reviews, of morning and evening links and relishing every moment of the daily Bollywood Updates and evening 8 ki Chaat. Four years ago after a brain storming session with Tarun Katial, CEO of Big FM we decided to launch Big Star Entertainment Awards in 2011. The challenge was to make the awards different and we did just on the basis of our categories segregated on the basis of Cinema Genres as in Social Drama, Thriller, Action, Romance, Comedy, etc and in each category we saluted the Actor male/ Female and Film. The idea clicked both with the film fraternity and the audience. When the intention is to celebrate cinema the enthusiasm is infectious and our radio listeners played a big role in our success. All the nominations and the winners are decided on the basis of audience votes from Big FM listeners across 45 radio stations all over India day and night. That we are the youngest of all the film award shows does not come in the way of our TRPS, our credibility and most important, star attendance. Big Star Entertainment Awards is the first of the season and just for that we become special as Big FM leads while others follow. Watch out this space for more….