In the 70s Junoon was the title of her father, Shashi Kapoor’s film directed by Shyam Benegal.
In 2013 Junoon is the dream of Sanjana Kapoor for a big city.
A dream to present the Mumbai Local programme - that will provide access to performing arts, revitalize cultural vibrancy and strengthen the sense of community across the city.
Sanjana wanted to do this for many years but her commitment to Prithvi Theatre did not permit her distractions until one fine day she decided enough was enough. She had done Prithvi for decades and it was time to move on. She did. 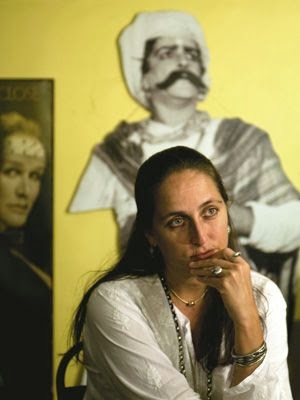 A few months into planning and a few months on ground and Sanjana was ready with another baby. She chose the title Junoon because it fitted the idea and more important the title belonged to Filmwala’s her father’s production company. Now the task was to explain to people what Junnon meant.
In every meeting Sanjana explained that Junoon seeks to add vibrancy to existing spaces, to transform them into collective experiences an ongoing, regular feature of our urban lives. Initiating the Mumbai Local programme from January 2014 across four venues – Kitab Khana/Fort, MCubed Library/Bandra, Dr Bhau Daji Lad Museum/Byculla East, and Somaiya Vidyavihar/Vidyavihar East it will be a rare program where artists and scientist will share the magic of their journeys.
“Our aim is to intimate indoor spaces as well as open-air public gardens” says Sanjana, “Junoon is a broad-based community effort – where key stakeholders can contribute in their own way and which is the core to the spirit of Mumbai Local. We don’t realize it today but in time to come Junoon will prove the backbone required for any healthy city. Well done Sanjana!

Posted by Bhawana Somaaya at 16:42