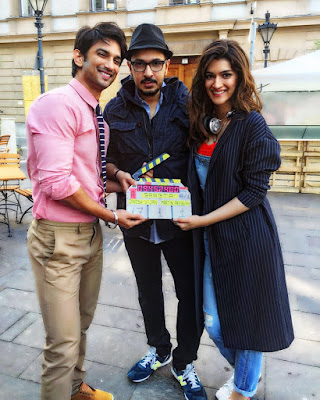 Sushant Singh Rajput has been in the news for sometime for his love life and since he left for a long outdoor shoot it was assumed he was involved with his co-star Krits Sanon.
Both have denied the rumours and stated that they would much rather concentrate on their work rather than respond to baseless rumours.

This is the first time Sushant is sharing screen space with Kriti Sanon and working with producer Homi Adajania and he wants it to be a stress free professional experience.

Rabta is produced by T-series and Maddock films and set to release by end of this year.

Posted by Bhawana Somaaya at 09:43