The Committee chaired by Shri Shyam Benegal submitted major part of their recommendation to Hon’ble Union Minister of Information & Broadcasting, Shri Arun Jaitley this evening. Following are the major highlights of the report – 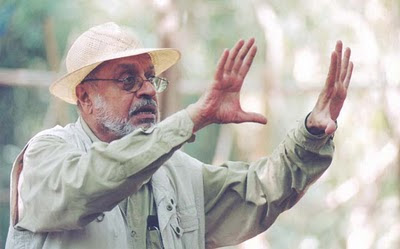 1. An emphasis on certification over censorship (or so it claims)-CBFC should only be a film certification body whose scope should be restricted to categorizing the suitability of the film to audience groups on the basis of age and maturity except in the following instances to refuse certification –
• When a film contains anything that contravenes the provisions of Section 5B (1) of the Cinematograph Act, 1952.
• When content in a film crosses the ceiling laid down in the highest category of certification.
"A film shall not be certified for public exhibition if, in the opinion of the authority competent to grant the certificate, the film or any part of it is against the interests of [the sovereignty and integrity of India] the security of the State, friendly relations with foreign States, public order, decency or morality, or involves defamation or contempt of court or is likely to incite the commission of any offence."
2. More categories of certification, more leeway-Regarding the categorisation of films, the committee recommends that it should be more specific and apart from U category, the UA Category can be broken up into further sub-categories — UA12+ & UA15+. The A category should also be sub-divided into A and AC (Adult with Caution) categories.
3. Curbing potential 'reigns of terror'-The committee has also made certain recommendations regarding the functioning of the board and has stated that the Board, including Chairman, should only play the role of a guiding mechanism for the CBFC, and not be involved in the day-to-day affairs of certification of films. 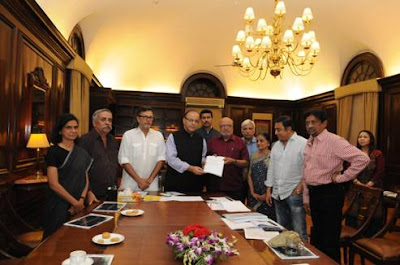 4. The government will have no (direct) hand in appointing Examining Committee members, but will this work?-Regarding the Regional Advisory Panel the committee has laid down the criteria for appointment. All nine regions will have advisory panels comprising persons who are acquainted with the languages being certified by that regional office.
• Members from all walks of life, recommended by the National Film Development Corporation to the Central Government – 25%
• Members of the general public recommended by the FFSI (Federation of Film Societies of India) - 25%
• Members recommended by the National Council for Protection of Child Rights (NCPCR) and National Commission of Women (NCW)- 25%
• Representatives of the local film industry, as recommended by FFI (Film Federation of India) – 25%
• Women to have 50% representation on each Panel.
5. The board will, once again, have the power of re-certifying films for TV-Recertification of a film for purposes of telecast on television or for any other purpose should be permitted.
6. The CBFC-certified version of a film will not be valid for posterity-"In order to preserve Indian Cinema, the committee recommends that every applicant be asked to deposit the Director’s Cut in the NFAI [National Film Archive of India] for preservation of Indian Cinema, instead of the certified version, in order to truly reflect the cinematic history of Indian cinema."
7. Perhaps fewer films will be banned arbitrarily?-In the event that complaints are received by the Central Government, the same shall be referred to the CBFC. The Chairperson may, if he considers it necessary to do so, refer the film to a Revising Committee for examination once again, on account of alleged violation of Section 5B(1) of the Cinematograph Act, 1952.

Posted by Bhawana Somaaya at 14:45