This is the premiere all movie lovers have been eagerly awaiting for! Disney and Lucas will unveil the most epic event of the year, the cult franchise Star Wars: The Force Awakens at a massive world premiere in Los Angeles on Dec. 14. 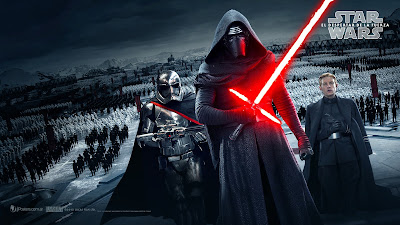 The world premiere is likely to be the first time that most or all of the cast of the original and the new cast will be seen together!! From the old will be Harrison Ford, Carrie Fisher, MarK Hamill, Anthony Daniels and Peter Mayhew will be brushing shoulders with John Boyega, Daisy Ridley and Domhnall Gleeson, Adam Driver, Gwendoline Christie, Max von Sydow and Lupita Nyong’o.

One of the biggest Hollywood franchises of movie history, the iconic and cult Star Wars saga will see another most awaited reboot this year as Disney's Star Wars: The Force Awakens releases in December 2015.

The celebrations have already kick-started across the globe with mega activities for fans, exhibitions comic cons merchandise display and film promotions.