India is a cauldron of diversity. Indian Feature films reflect that and every region within India has a specific film culture. This section brings forth the cinematic vibrance of the country. Traversing through various languages and forms in India, the films in this section will highlight talent from different regions. The films programmed will be a journey into the heart of India. 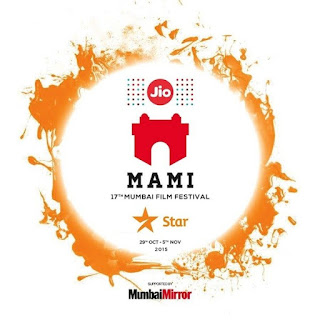 This year the most outstanding and imaginative live action; animation and documentary features and shorts from across the world will compete for children's Jury awards. Children will also learn film making from renowned directors and writers at a special interactive session at the festival. The aim of this section is to showcase and award ground breaking work produced for young audiences aged 6 to 16, in the hope that exposure to high quality and diverse films from across the globe will help develop a finer sensibility for all kinds of cinema and create future audiences.

Jio MAMI is delighted to announce a fantastic film section After Dark for the first time in the history of film festivals in India. The Fantastic film genre is an evolving piece across the world and enjoys a cult following in keeping with the tonality and texture of these films. The films that push the envelope oscillate between the unbelievable and the absurd, fantastic cinema is about all things extreme that stretch your imagination. We will curate and program 7 films in this section that will be an introduction to the Indian audience to this kind of cinema.

In a first there will be lab for aspiring film writers and critics called Young Critics lab is an attempt to hone and mentor future film journalists of the country. Two day workshops over 3 months running up to the festivals will be conducted that cover colleges all across Mumbai. These workshops with chosen journalism students from Mumbai will be mentored by experts and the best out of the lot will win the critics award at the festival. These workshops aim to create a breed of writers and critics that are shaped by the rich experiences and knowledge of the most credible and successful personalities in the field. The idea is also to create a pool that serves as a hiring ground for publications around the country.

Posted by Bhawana Somaaya at 10:48