Eros International’s Aligarh directed by Hansal Mehta will be the opening film at the 17th Jio MAMI Mumbai Film Festival of India. 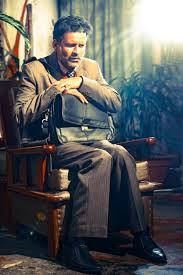 This pivotal film marks the first time that a Hindi film will open the festival since 1997, the inaugural year of the Jio MAMI Mumbai Film Festival.

Set in a small town in Uttar Pradesh Aligarh based on true events, tells the story of Dr. S R Siras (Manoj Bajpai) , a professor at the Aligarh Muslim University who, when discovered to be homosexual, was fired from his position.

The film depicts the unlikely friendship between Dr. Siras and a reporter (Rajkumar Rao) investigating his first big story, a relationship that will change them both forever.

Aligarh has been selected to screen at the 20th Busan International Film Festival in South Korea and the 59th BFI London Film Festival, this October.

Director Hansal Mehta is proud that his film is opening the festival, says this honour is a befitting reward for a team that has worked tirelessly.

Mehta says MAMI began a journey of awards for his film Shahid and hopes the magic continues.